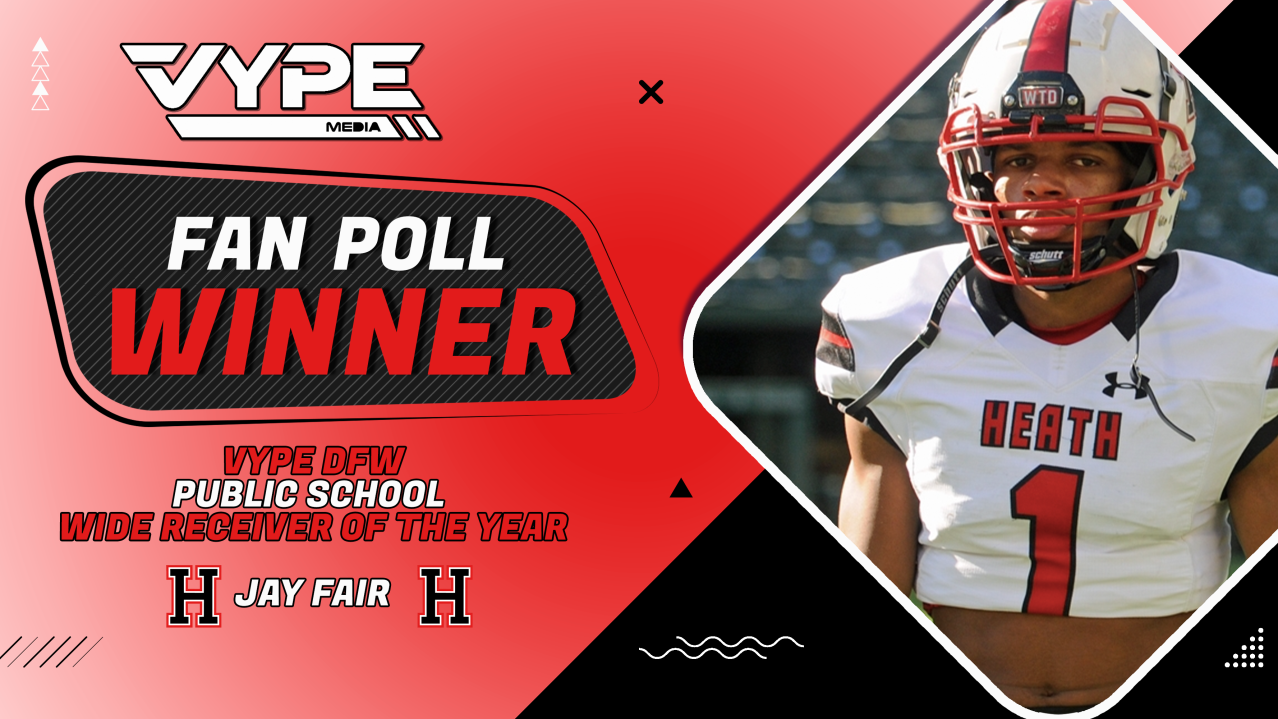 Rockwall-Heath main receiver and Auburn University football engagement Jay Fair recently won the VYPE DFW 2021 Preseason Public School Wide Receiver of the Year Fan Survey. VYPE DFW was able to catch up with Fair regarding his expectations for his senior season with the Rockwall-Heath Hawks.

Last season was pretty successful for Jay Fair and Rockwall-Heath. The Hawks are 10-4 this season (5-1 in district play) to finish second in their district. After four rounds in the playoffs, the Hawks and Fair showed their muscles throughout the season before finally falling to a solid Cedar Hil team in overtime. With such a great season on the books, it’s fair to ask: What was the secret to Fair and the Hawks’ success? Personally, for Fair, it came down to the reliability of her team. â€œTrust the work and the process,â€ said Fair. â€œHaving a great quarterback, coaching staff and an online line has helped a lot. Â»What about the team? Fair believes it comes down to relationships. “It was really like a brotherhood and it pushed us through the season.”

It’s easy to have fond memories when you count your teammates as family and continue to work hard together towards a common goal. Fair says his favorite memory is from last season: â€œHe definitely made it to the fourth round with the guys and worked hard for it. “

The 2021-22 season is already underway and Fair has posted some excellent stats so far. Fair had 297 yards and two touchdowns on 15 catches. Since he’s off to a good start, Fair’s personal goal this season is simple: “State Championship and a healthy season.” Fair went on to say that the goals of the teams are the same: to win a state championship and to “build an even stronger brotherhood.”

It wasn’t difficult for Fair to stay focused during the long offseason. The senior credits coaches with the ability to keep athletes on track on and off the court. â€œThe coaches have a very good offensive program,â€ said Fair. â€œSo it’s easy to stay focused when you see results. WE also have two of the best coaches in the area: D-Rob aka David Robinson and the Official Flight School aka Coach Rob.

With the district game ahead, Fair looks forward to a successful and healthy season and hopes to finish it on top with Rockwall-Heath. His mindset as he heads into games this season is to keep growing and “to be better as a unit than last year”.

A bright future ahead

Fair certainly has a bright future in store. The elder got involved in Auburn’s football program and says there were many factors that contributed to the choice of school. â€œIt feels like home,â€ Fair said. “Auburn has a great program on and off the field.”

Fair hopes to specialize in business while in Auburn.

The coach’s point of view

VYPE also had the opportunity to speak to Rockwall-Heath Football coach Mike Spradlin who had nothing but good things to say about Jay Fair and his impact on the team. “[Jay is a] fantastic young man. He has a formidable work ethic and practice habits backed by tremendous talent. He’s a two-year-old captain who is a great leader of our football team, â€Coach Spradlin told VYPE DFW. â€œJay is the real deal in every aspect. He’s really driven to be the best he can be on and off the pitch.

Who is your favorite professional sports team?
â€œIt might sound strange, but I actually don’t. “

Who do you admire as an athlete?
“Even though he’s a basketball player, I admire Kevin Durant.”

If you could go to dinner with one person (dead or alive) who would it be? What would you like to talk about?
“I would go out to dinner with Kevin Durant just to talk to him about getting through adversity and how he stayed motivated.”