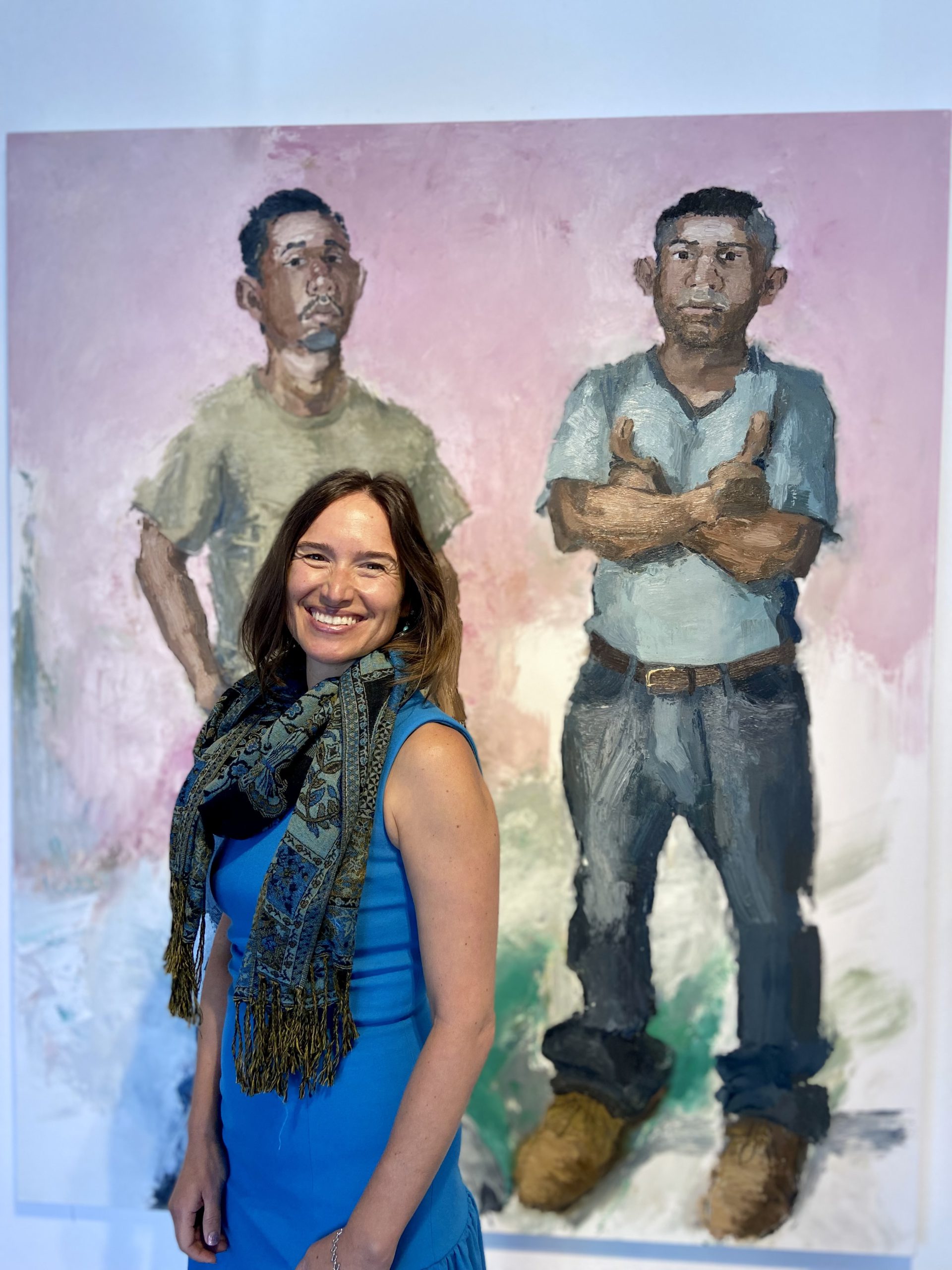 By Barbara McMurray, Special for The Independent

Creating living connections with all facets of the community is essential for the 104-year-old museum, said the Orange County native. With her husband David, an artist and teacher, their two children and the family cat, Brian, she returned to the continent in 2021 after five years in Avalon. There she served as executive director of the Catalina Island Museum. Before that, she spent eight years at the Bowers Museum in Santa Ana.

The residents of Laguna Beach impressed Perlin Lee with their passion for maintaining their community’s reputation as an art colony with outstanding natural beauty.

She admits the pandemic has been tough on the museum and it has been difficult to bring visitors back to its galleries. She happily reports that LAM is once again welcoming schools for tours and artistic creations and returning to classrooms for arts education at both Laguna Elementary Schools. Volunteer guides gave 248 tours, connecting visitors to 14 exhibits and the public installation by artist Laguna Gerard Stripling.

“We are in a period of growth,” said Perlin Lee. “And our donor base is growing with us. We are energized by the fact that last year 28% of donations came from new donors.

She hopes to interest donors of all financial abilities, from those who want to help provide a student with supplies to complete an art course to donors who can fund one of LAM’s three teaching artists. Increasing the museum’s endowment continues to be a priority to secure its future as a permanent haven for art and creativity. She credits “an enthusiastic, forward-looking board of directors that helps me build a new group of philanthropic supporters.”

She and the board have meticulously reported on LAM’s financial and operational activities, earning her a Platinum Seal of Transparency award from Candid, an organization that tracks philanthropic funding.

The LAM, which celebrated its 100th anniversary in 2018, has scheduled exhibitions until 2025 focusing on works of art from the beginning of the 20th century to the present day. They will be a mix of exemplary artists from the modern (Jay DeFeo), contemporary (Shepard Fairey) and early California (Joseph Kleitsch) art periods.

“We really enjoy working with artists of today to interpret works from the past,” said Perlin Lee. “A recent successful example of this occurred when John Sonsini, considered one of America’s most important portrait painters, eloquently offered his perspective on our current exhibition of the once overlooked artist Francis De Erdely.”

LAM is also committed to recognizing Laguna Beach artists like William Mortenson, who had his photography school in town.

“We will share the exciting exhibits in development that will bring recognition to our community and to the museum,” said Perlin Lee.

The 10th LAM Art & Nature Festival in November will feature artist Rebeca Méndez, whose immersive 360-degree film titled The Sea Around Us will be exhibited in LAM’s largest gallery. It will be a breathtaking journey across the sea, from life on the surface to the seabed of the Catalina Channel. There, scientists are scrambling to understand the impact of thousands of barrels of DDT – a highly toxic pesticide banned in 1972 – dumped directly into the ocean from huge tanker barges decades ago.

Renowned oceanographer Sylvia Earle will deliver a keynote address. Artist Kelly Berg will draw museum visitors outside with Pyramidions, a series of alluring pyramids placed on and around Heisler Beach and Park for visitors to experience and explore. Each pyramidion will showcase Laguna’s unique geology. The works of the festival will be an interactive call to cherish and protect our natural environment.

Applying for a Teaching Job at Delhi Digboi Public School