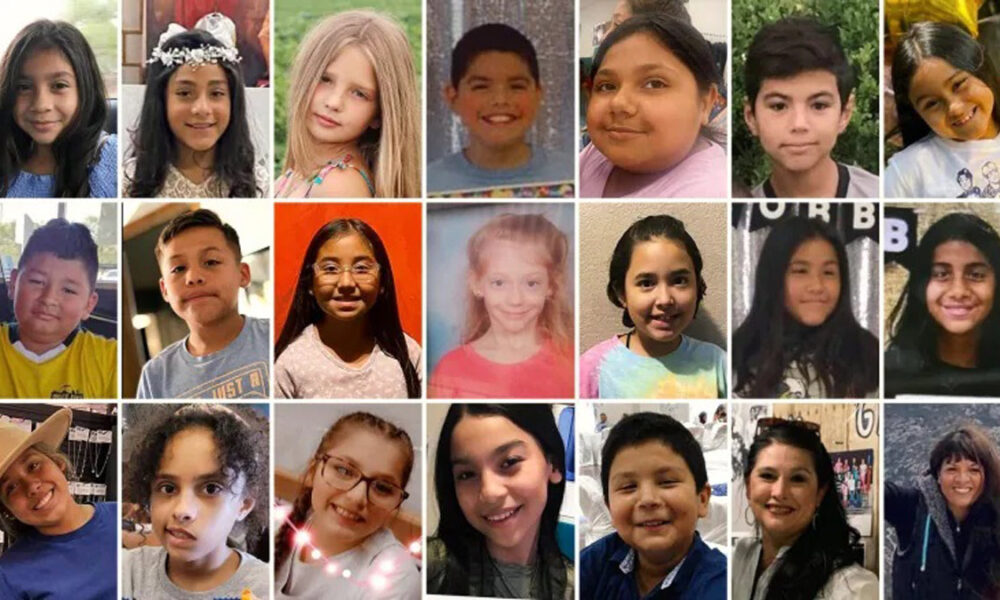 By Candace McDuffie,
www.theroot.com
Every detail of how police delayed action to arrest a mass shooter in Uvalde, Texas on May 24 is more heartbreaking than the last. When an 18-year-old terrorist stormed Robb Elementary School with a semi-automatic rifle last week, officers rushed to the scene. However, they failed to prevent innocent victims from losing their lives. The results of their immobility at Robb Elementary School? 21 people dead—19 children and 2 adults.

Uvalde officers waited an hour before entering the school instead of immediately going after the gunman responsible for the attack. They ran inside to save their own children and get them to safety. They also threatened and arrested parents who desperately wanted to do the same. As law enforcement stood idly by outside, more than 100 rounds were fired.

At a May 27 press conference, Texas Department of Public Safety Director Steven McCraw admitted that law enforcement inaction cost the lives of these students and teachers. “Looking back, where I’m sitting now, of course, it wasn’t the right decision,” McCraw said. “It was the wrong decision, period. There is no excuse for this. The shooter was ultimately killed more than an hour after entering the school.
From Columbine to Parkland to Newtown to Uvalde. From Buffalo to Charleston to El Paso to San Bernardino. From Las Vegas to Orlando to Blacksburg to Sutherland Springs. Mass shootings have become a disturbing and cyclical part of American culture. The fact that the police failed to prevent any of these tragedies only reiterates what black people have known for centuries: their sole purpose is to harm the vulnerable and work against the promotion of public safety.

The roots of modern policing go back to the days of slavery; the institution was created to capture, torment and kill black people. Black people and people of color have never turned to the cops to protect us, knowing that we are the target of their impunity. The racist and violent historical context of law enforcement is more important than it has ever been. We are the ones who are disproportionately profiled, harassed, arrested, assaulted, incarcerated and murdered by cops, even when we call them in crisis.

What happened in Uvalde is the result of a racist institution prioritizing the oppression of marginalized groups over their protection. The officers are known to be everything from KKK members to the Proud Boys, and use their positions to defend white supremacy, enabling these senseless killings. Uvalde’s agents did nothing to protect these babies. But the reality is that they were actually doing their job.

It doesn’t matter how many people die. It doesn’t matter if it’s kids in school, worshipers in church, or old people in grocery stores. Those who wield the most power in our society maintain it by participating in death-motivated discriminatory systems. The police are – and always will be – one of this framework’s most vicious and prison-like accomplices. When will they be defunded once and for all?