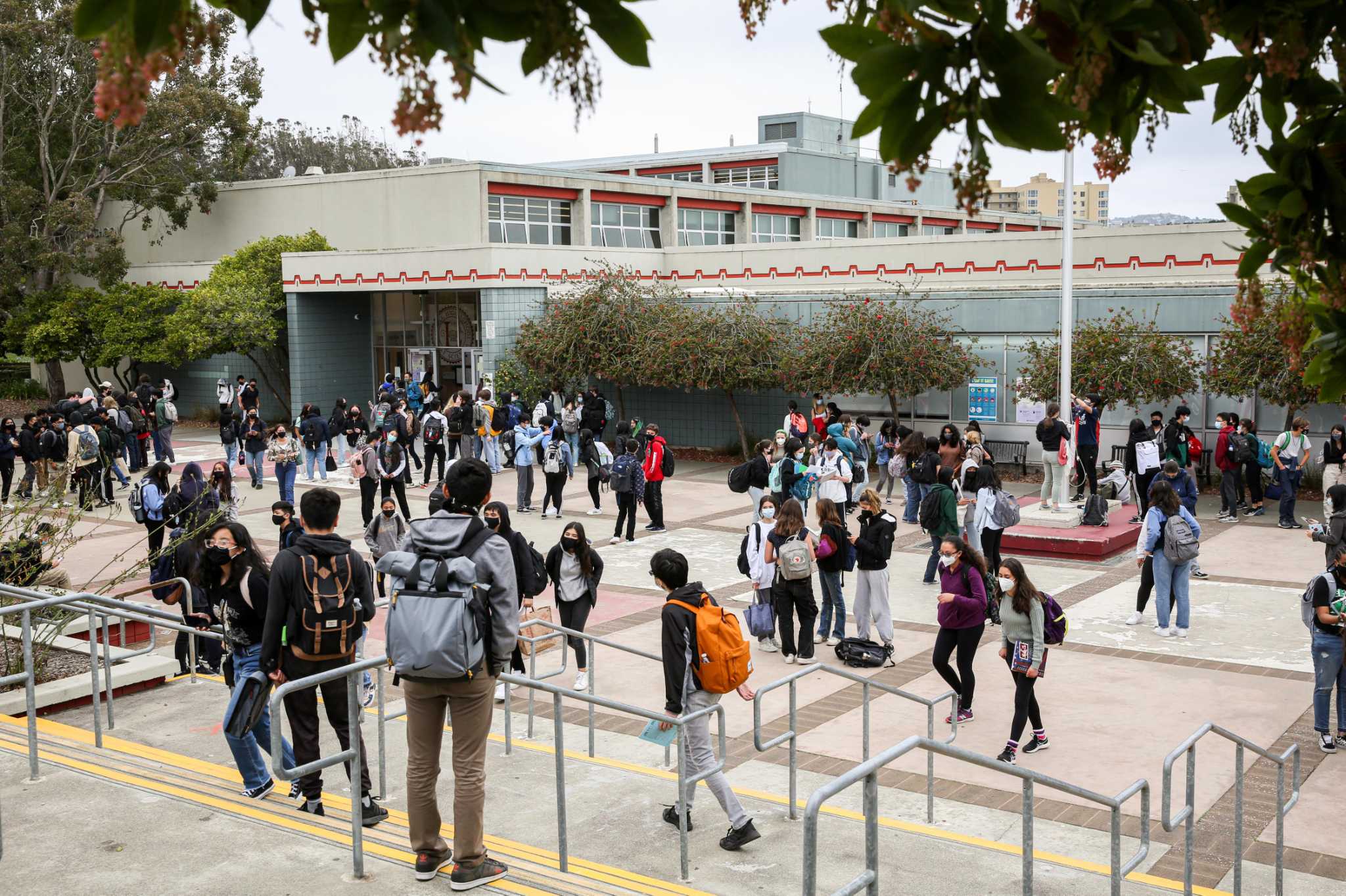 The new National High School Rankings are here — and the Bay Area hasn’t fared too well.

In the public school category, no Bay Area school made the top 20 nationally, as determined by school-information website Niche, which bases its annual rankings on a number of criteria including US Department of Education data, standardized test scores, graduation. rate, AP enrollment, college admissions and survey results submitted by Niche users.

Absent from the top 100 was Lowell High School in San Francisco, a competitive magnet school that has been at the center of controversy in recent years due to changes to its merit-based admissions. The 166-year-old institution — the oldest public high school west of the Mississippi — ranked No. 143 in the nation.

No other public school in San Francisco made the top 500, but other moderately ranked schools in the Bay Area included San Jose’s Lynbrook (#121), Campolindo in Moraga (#148), Mountain View High School (#162), Foothill to Pleasanton (#173) and Redwood to Larkspur (#197). Piedmont High ranked #237, and San Mateo County’s highest-rated public high school was Aragon at #245.

By comparison, four of the top ten public high schools in the nation were in or near Chicago, Illinois. The highest rated school in the western United States was Davidson Academy in Reno, Nevada, which ranked #3 nationally.

Ranked only against other public schools in California, the Bay Area looks much better. On that list, Gunn came out at No. 1, and Palo Alto High School, Saratoga High School, and Los Altos High School each made the top 10. Statewide, Lowell ranked at No. 19.

The Bay Area fared better when it comes to private schools. Oakland’s College Preparatory High School was one of two Bay Area private schools to break the US top ten, in 8th place, followed by Nueva School in Hillsborough in 10th place.

Ten other Bay Area private schools ranked in the nation’s top 100, including Stanford’s 12th online high school – which has no physical campus – Crystal Springs Uplands School in Hillsborough at No. 16, Castilleja in Palo Alto at #18, The Harker School in San Jose at #34, Head-Royce in Oakland at #38, Quarry Lane in Dublin at #44, San Francisco University High School at #67, Lick -Wilmerding in San Francisco at No. 71, The Branson School in Ross at No. 86, and Menlo in Atherton at No. 87.

In California alone, six Bay Area schools rank in the top ten, with Oakland’s College Prep ranking second. The best private high school in the state (and #2 in the nation) is Harvard-Westlake in Los Angeles.

Private schools in the Bay Area are among the most expensive in the state, with tuition fees exceeding $50,000 per year and approaching those of private colleges like Stanford and Santa Clara universities.