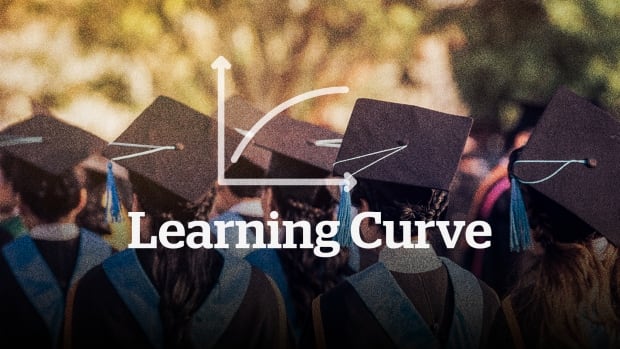 Some young learners struggle with early reading skills while others stumble over mathematical concepts. Repeated pandemic pivots have left students unpractised with classroom learning, impacted their mental health and estranged them from their peers. CBC News’ Learning Curve series explores the ramifications of COVID-19 for Canadian students and what they will need to recover from pandemic-disrupted schooling.

From disrupted exams to learning new study habits, many students say they haven’t had any kind of consistency with school since the COVID-19 pandemic began.

For some, the transition years — moving from Grade 8 to high school or from Grade 12 to post-secondary education — already bring fear of the unknown. So CBC News spoke to some of those students about how educational changes brought on by the pandemic shaped and shifted those landmark years.

For eighth-grader Ava Pietrantonio, nerves are on the rise.

“I heard so many people in 7th grade learned things that I didn’t learn,” she said. “I’m a little worried that…if I find out in 9th grade, I’m going to be a little stuck.”

Typically, Pietrantonio learned concurrently with his classmates at Pine Grove Public School in Woodbridge, Ontario, but when the school began offering online learning in September 2020, many students chose this option and were placed in a virtual primary school.

She says that meant her classes included new teachers and other faces unfamiliar to the entire school board.

“They just gave you Google docs, Google slides and sheets to work on, so you don’t get a course book or questions to answer,” she said.

It was only this year that teachers started preparing students for tasks such as preparing for exams, she said, giving her some relief ahead of entering high school this fall.

“It was fun at first, then it got more and more miserable,” the Grade 8 student said.

She points out that maths is a particularly difficult subject to learn online, saying it was hard to get one-on-one time with her teacher if she was struggling.

“It’s not like you can raise your hand and they can come to you,” she said.

Heading to high school in the fall, McIntosh says she feels ready for the workload, but is concerned about the learning materials.

“I would say I’m worried that I can’t work to my level, because my level is much higher for me than what other people have for me,” she said. “I’m afraid of letting myself and my parents down.”

But this year offered the chance to connect with some of his peers. Being in a tight-knit class of just 11 students, she often turned to her classmates for help during lunch or other breaks.

“We would help each other,” she said. “It was nice to have one-on-one time with my friends who understood things because they knew where I was from.”

When Grade 9 student Ishaal Ali switched to distance learning, she says she noticed she was struggling to keep up with new technology.

“Having been online for so long, it was hard to concentrate,” she said. “It shortened my attention span a bit.”

She found that she spent most of the day online, first for school and then for a few more hours to do her homework and study.

In addition to switching to high school during the pandemic, Ali was moving to another school board to attend a literary arts program. She said the jump was an intimidating experience.

However, she says her 9th grade literary arts teacher made it easy to adapt. Each day, the class is encouraged to write down everything on their mind in hopes of improving focus and reducing distractions.

Logan Curle says he hasn’t had a “normal” year since 9th grade.

“Since then, I’ve been catching up,” the 12th grader said. “Grade 12 kind of started me for another loop trying to get back into the rhythm of things.”

Curle said he and his peers feared university exams would be a challenge. During these two pandemic years, many of his high school exams were optional or were cancelled.

“Which seemed good at the time…but it probably didn’t prepare me as much as if I had had a normal year.”

Despite the learning gaps, Curle said he feels ready to move on to graduate school.

“We learned to do things a little faster and do things on our own instead of having teachers show us,” he said, noting that independence is a new skill.

Prabbal Bhullar, a grade 12 student at WJ Mouat Secondary School, says learning a sense of responsibility has been a positive lesson of his pandemic schooling.

“When we went virtual, the whole idea of ​​independence was…emphasized,” he said.

He said the remote learning experience encouraged him to take charge of his own schedule.

“I feel like it was kind of a predecessor,” Bhullar said. “In a way, it made me feel ready for the next step.”

From setting appropriate alarms to blocking time to study, he credits the pandemic for his heightened sense of responsibility as he transitions into post-secondary education.

With prom on the way, Bhullar said he was delighted that despite the challenges they faced, the 12th graders will have the chance to celebrate their resilience in person.

For 19-year-old Victoria Dmitruczyk, the transition from high school to McMaster University was overwhelming.

“You had this learning gap of a year and a half and then all of a sudden you’re in college,” she said.

Due to the pandemic, her first semester was entirely online.

By the time his cohort had to take the first in-person exam in 2022, it had been nearly three years since Dmitruczyk’s last in-person assessment.

“I talked to some of my friends who were like, ‘Yeah, we’ll learn it next semester,’ because we have all this free time, but most people don’t end up doing it. that,” she said.

If she were to give any advice to a Grade 12 student to ease their transition, she would urge them to stay focused and not overthink the learning gaps in place.

“Make the most of it and actually respect it,” Dmitruczyk said. “At the end of the day, if you need to know this information for what you plan to do, you don’t want to struggle when you really need to show off your skills.”

COVID-19 has affected the last three school years. How have your students fared amid pandemic schooling? What are you most worried about? Share your experiences and concerns with us at ask@cbc.ca (Be sure to include your name and location. They can be broadcast on CBC News Network.)