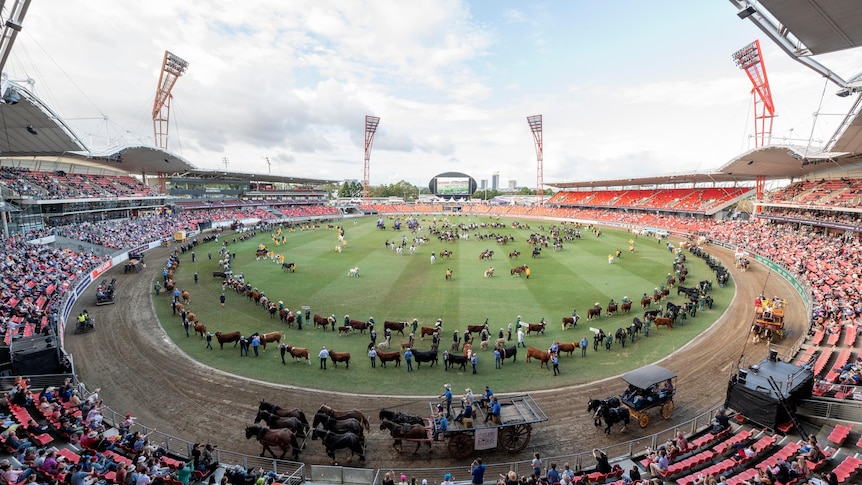 With nearly a million people heading to the Sydney Royal Easter Show this year, there’s no doubt the event is still a winner 200 years after a group of farmers first came up with the idea .

The show’s general manager, Murray Wilton, said the legacy started with those farmers who thought “mine is better than yours”.

The 2022 Sydney Motor Show in numbers:

The show is the best-known product of the Royal Agricultural Society of New South Wales, which is celebrating its bicentenary.

Today, the focus is still on competition and winning a wide ribbon at the Sydney Show can still have business benefits.

But Mr Wilton said with growing interest in where food comes from, the show’s role in educating the town about the country was more relevant than ever.

“Agriculture touches us all almost every minute of the day and people want to know more,” he said.

The Wilson family of Tamworth have been dairy farmers since 1918 and the Sydney Royal Easter Show remains one of the biggest events on their calendar.

“It was our family vacation, going to the Sydney Royal,” Todd Wilson said.

“I’m fifth generation and we have kids coming in now.”

During the show, the Wilsons stay in the barn, watch their cows closely and answer many questions from the audience.

“There can sometimes be some negativity around the dairy industry,” Todd said.

“But for us to be able to really show the care and love that we have for them – yeah, that’s pretty good.

“I like being able to explain why we do things.

“We get a few curly ones…like, ‘Do brown cows produce brown milk?’ Which is normally answered with, “That means the pink cows produce strawberry milk.”

New hats in the ring

The Royal Sydney Easter Show also has a focus on the next generation, with the Rural Achiever Award, Young Auctioneers and Young Judges schemes.

The Young Judges program sees people evaluated on their judgment of various products and animals.

James Gilmour, 23, from Inverell, has been competing in the Young Judges Fleece Competition for six years.

“You can see your friends – over the years I’ve met a lot of people in the same fields as me,” he said.

“We talk to each other all year and we meet here.”

It’s not just young players in the industry who are targeted, the All Roads Leads to the Royal competition aims to make the show more accessible to young people from the regions.

This year it was won by students from Lake Cargelligo High School in west central New South Wales.

Murray Wilton said the show was also important for farmers’ mental health, especially after the past few years.

“You have farmers coming together from all over Australia, in the show ring, they are fierce competitors,” he said.

“But at night, they sit at the rancher’s bar, have a beer and talk about the good old days…and a lot of the issues they have in common.”

Get the latest rural news