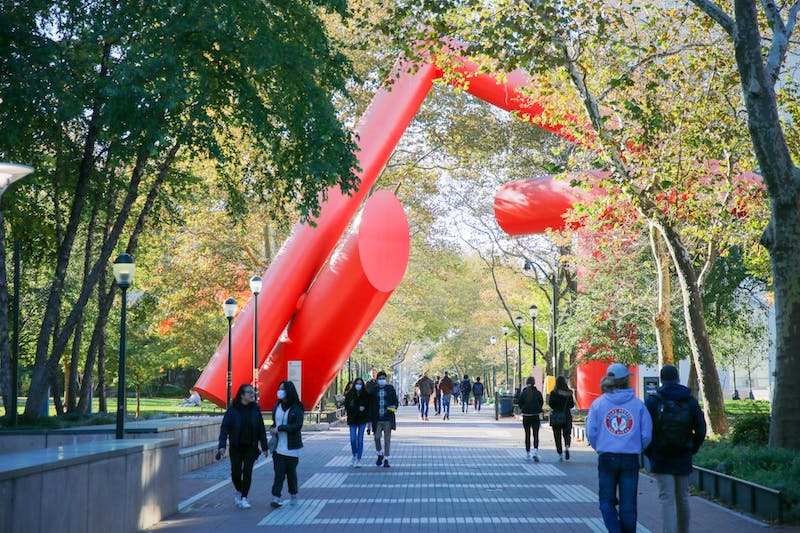 I consider myself lucky; I had the rare opportunity to visit over 20 campuses from Los Angeles to New York before applying to colleges in my senior year. I have seen everything. A campus like NYU fits right in with the city and says “the city is your campus, for real.” Others still reproduce the traditional image of the ivory tower like Princeton or Stanford, which seem completely isolated from their environment. In fact, Stanford students have nicknamed their campus “the bubble” because of its distinct and neat character.

Like the various architectural styles on campuses, students have eclectic tastes in what they expect their campuses to look like. Whether you love the castle-like Gothic amphitheaters of Yale or the modern buildings along the train tracks of Boston University, there’s a college for you.

There is something magical about the materialization of history that makes my heart race every time I visit certain campuses, some even older than this country. Crimson alleys surrounded by tall buildings of weathered brick, creaking wooden floors in an ivory rotunda, and polished bronze statues after decades of weathering or even vandalism mar my obsession with the past. These buildings contain pieces of history, whether good or bad, that continue to inspire, educate and shape the school for the better.

My nostalgia could be called “disconnected” by New York Times guest columnist Nick Burns, who criticized today’s elite universities for their “walled off”, “autonomous” and “separate” campuses. Burns argued that when campuses are disconnected from the lives of average Americans, students and faculty are also disconnected from the majority of the country, creating a campus of ideologues removed from communities that physically border on but distinctly differ from the tower d ‘ivory.

But what Burns sees as disconnected, I see as a deep connection to history. Burns has legitimate reasons to return to the locked campuses. But schools also have legitimate concerns prompting them to remain closed.

Aside from the student body and undergraduate teaching, geography and campus were important factors when considering which college I would eventually attend. In places with high gun violence and homicide rates, I would research closely how colleges are investing resources to keep campuses safe.

As students, the first priority for many of us is to excel in school. This is what schools are for and what students do. Likewise, we should not blame campuses for striving to create communities conducive to the academic excellence of their students – prioritizing an architectural logic based on creating a safe, cohesive, and vibrant space. For example, research shows that black and minority students who live on campus have “significantly higher GPAs than similar students at the same institution who live off campus with their families.” A similar trend is observable for all students.

Getting students to engage with their environment with an open campus and no mandatory college housing sounds great, but certainly not at the expense of the original purpose of why college students are at the school. Campus isolation can perpetuate differences between the campus and its surroundings, but campus integration can also create challenges for minority students to excel academically.

Educational institutions are not divine figures who can correct all inequalities in the world. When the challenge becomes choosing between students or neighborhood communities, I don’t blame colleges for choosing the former. But even so, most schools are not sitting idly by and allowing their students and teachers to distance themselves from the life of the average American. Some campuses may be walled off, but many still strive to create an institution that connects with the local community.

At Penn, the Netter Center for Community Partnerships designs academic community service opportunities for its students and establishes college-assisted community schools to “educate, engage, empower, and serve…other members of the [West Philadelphia] community.” At Temple University’s Lewis Katz School of Medicine, members of the local community who live or work near campus helped interview applicants for the school’s next class of medical students.

Receive our newsletter, The Daily Pennsylvaniandelivered to your inbox every weekday morning.

These are just a few examples of how schools are still engaging their faculty and students with the local community through partnerships and collaborations while maintaining a distinct yet tight-knit campus community.

Buildings become disconnected and walled only when people do. This is not the case at many universities today, and any university can take steps to prevent it.

SAM ZOU is a junior political science student from Shenzhen, China. His email is samzou@sas.upenn.edu.