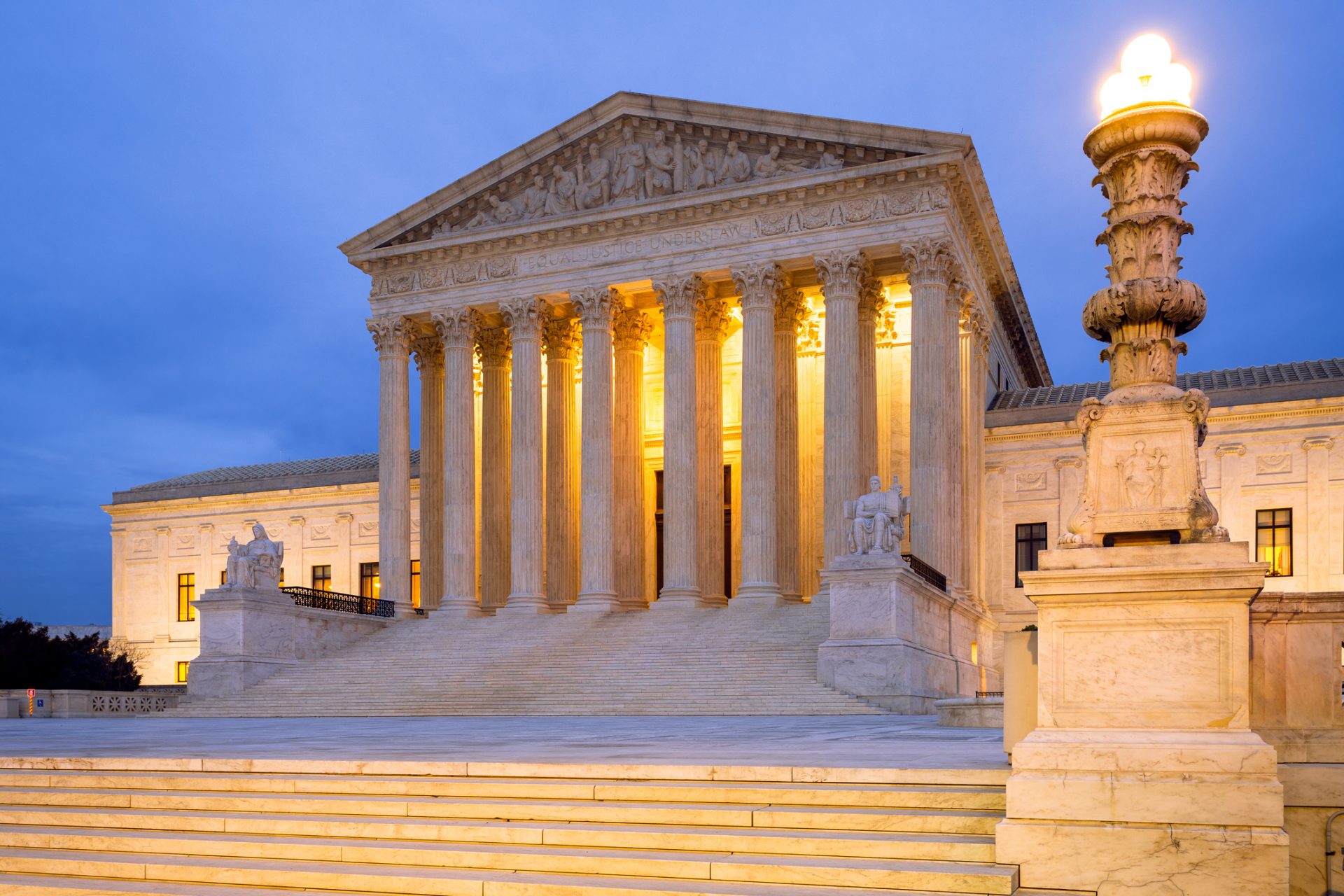 This is a response to the Op-Ed, “The Supreme Court: An Illegitimate Institution” by Yomar Aguilar.

In the May 5, 2022 opinion piece published in this article titled “The Supreme Court: An Illegitimate Institution,” the author made several assertions that I wish to challenge — beginning with his assertion that the Supreme Court of States States (SCOTUS) is an “illegitimate institution”. However, before doing so, I would like to congratulate Mr. Aguilar on his upcoming graduation from IVC and wish him every success in his efforts to obtain a bachelor’s degree in political science. I’m sure I wish I had him as a student in my American Government class at Holtville High School.

The Supreme Court is not an illegitimate institution insofar as it fulfills its duty to faithfully interpret the American Constitution in the context and spirit in which it was written. The Court today consists of nine highly qualified judges; each is an experienced lawyer selected, vetted, and appointed by a President of the United States, and confirmed by a majority vote of the United States Senate. Unlike the other two branches of government, the judiciary should not be swayed by political winds. On the contrary, the Court, as established by the Constitution, is supposed to be immune to political pressure. For this reason, Supreme Court justices (and federal judges) serve life sentences. Judges owe loyalty to the Constitution, and nothing else.

The Supreme Court’s decision-making process is methodical, deliberative and rooted in a tradition of confidentiality. Judges hear litigants’ constitutional arguments, question attorneys representing both sides, and then meet privately to discuss the case. In these intimate meetings, each judge has, in turn, the opportunity to express themselves freely. The judges then vote and a judge or judges are chosen to write the majority opinion. Minority judges write dissenting opinions which are appended to the decision. It’s a process that usually takes months. At any point in the process before a decision is officially rendered, a judge can change their vote. Procedural confidentiality allows judges to base their discussions and eventual decisions strictly on the interpretation of the Constitution, free from political pressure. For this reason, the leaking of Judge Alito’s opinion is particularly egregious as it was clearly intended to intimidate judges who might have sided with Alito into altering their vote via the political backlash that would ensue. that the lessor knew it would definitely trigger.

The fallout from this illegal act is both dangerous and irresponsible. Since the leak, far-left extremists have threatened the lives of SCOTUS judges (the Alito family had to be moved to a safe place) and burned down a pro-life organization. Crowds of angry protesters gathered on the lawns of some judges, vandalized churches and disrupted religious services across the country. This, in addition to members of Congress vehemently demanding packaging legislation from the courts.

It remains to be seen whether the scare tactics currently applied to the majority in this case will cause a judge to change his decision. If so, it won’t be the first time. Usually, such events do not make the headlines, except for high profile cases on hot issues. Such seems to have been the case in NFIB v. Sebelius (2012) who upheld the individual mandate in the Affordable Care Act. Chief Justice Roberts reportedly initially sided with the conservatives on the court, only to change his stance and join the liberal justices after relentless pressure from the media and the Obama administration. In 1937, under pressure from FDR and facing the threat of court building legislation if they did not make the decision Roosevelt wanted, two judges deviated years from their own personal precedents in the Jones case. & Laughlin Steel and granted the federal government sweeping powers not enumerated in the Constitution.

To suggest that the Court is bound by Stare Decisis, the doctrine of legal precedent under which a court is bound by prior decisions when the same issues arise again in litigation, is folly. If so, Plessy v. Ferguson (1896), which declared Jim Crow’s segregation laws constitutional, would not have been struck down by Brown v. Board of Education (1954). Following this line of thinking, the Court would have taken Plessy as precedent and ruled that public school segregation was constitutional in the Brown case.

Every Supreme Court nominee in recent history has addressed the issue of stare decisis during Senate confirmation hearings. No candidate, left or right, has publicly and categorically declared all previous SCOTUS decisions to be binding or settled. During Justice Kagan’s 2010 confirmation hearing, Sen. Cornyn (R-TX) asked him if the Supreme Court’s decision in McDonald v. City of Chicago, in which the Court has ruled that individuals have the right to keep and bear arms, effect.” Kagan only replied that the decision “is entitled to all the weight that precedent usually has”. his hearing, Sen. Kennedy (D-MA) asked Justice Scalia, “Well, what weight do you give to Supreme Court precedents? Do they have any weight? Are they given a certain weight? Are they given a lot of weight? Scalia explained: “It depends on the nature of the precedent, the nature of the problem.”

In other words, the judges reserve the right to overrule past decisions. Such seems to be the case in Dobbs v. Jackson Women’s Health Organization, if in fact, Justice Alito’s decision becomes the majority opinion. On page five of the leaked sixty-five-page document, Alito explains:

“We believe that Roe v. Wade must be canceled. The Constitution makes no reference to abortion, and no such right is implicitly protected by any constitutional provision, including the one on which Roe and Casey’s defenders now primarily rely – the Due Process Clause of the fourteenth amendment. This provision has been seen as guaranteeing certain rights which are not mentioned in the Constitution, but any such right must be “deeply rooted in the history and tradition of this nation” and “implicit in the concept of ordered liberty” .

“The right to abortion does not fall into this category. Until the end of the 20th century, such a right was totally unknown to American law. Indeed, when the Fourteenth Amendment was passed, three-quarters of the states made abortion a crime at all stages of pregnancy. The right to abortion is also radically different from any other right that this Court has held to fall within the protection of the “freedom” of the Fourteenth Amendment. Roe’s advocates characterize the right to abortion as similar to rights recognized in past rulings regarding issues such as intimate sex, contraception, and marriage, but abortion is fundamentally different, as Roe and Casey point out. recognized, because it destroys what these decisions called “the foetus”. life” and what the law before us describes as an “unborn human being”.

Basically, the majority seeks to overturn the Roe and Casey decisions because they were based on a non-existent “right” neither enumerated nor implied in the Constitution, which the previous justices invented themselves in a clear case of judicial activism. In these cases, the judiciary assumed legislative powers and codified the right to abortion. This was a violation of both stare decisis and the basic constitutional principle of the separation of powers. An objective reading of the Roe judgment suffices to enlighten it; the 1973 Court had such difficulty finding legal precedent to justify its decision that it cited ancient Greek and Roman philosophers, Judeo-Christian texts and British law. Indeed, the summary of the Roe decision reads like legislation passed by Congress, not a SCOTUS decision; it legalized all abortion procedures in the first trimester of pregnancy, allowed states to regulate second-trimester abortion “in a manner reasonably related to maternal health”, and allowed states to prohibit abortion in the third trimester, except in cases of preservation of the mother’s life.

So what does it mean if Alito’s leaked decision stands? This will mean a move towards federalism, or the constitutional division of the power to govern between the federal government and the state governments. The framers of the Constitution granted the federal government specific and limited powers with clear parameters. The states retained all other powers not listed. Contrary to the passionate clamors from both the left and the right, if it holds, this decision does not mean the abolition of abortion. On the contrary, the matter will be in the hands of the States. Some states will restrict abortion while others will preserve it. Ultimately, it is up to the people, through their elected representatives, to decide how to follow the established legislative process – as Judge Alito explained on page 65 of his decision: “We therefore consider that the Constitution does not confer the right to abortion Roe and Casey must be struck down and the power to regulate abortion must be returned to the people and their elected representatives.

Keith Smith holds a master’s degree in education and history. He teaches US government and economics to seniors at Holtville High School. You can follow his blog The Smith Papers at smithpapers.com.