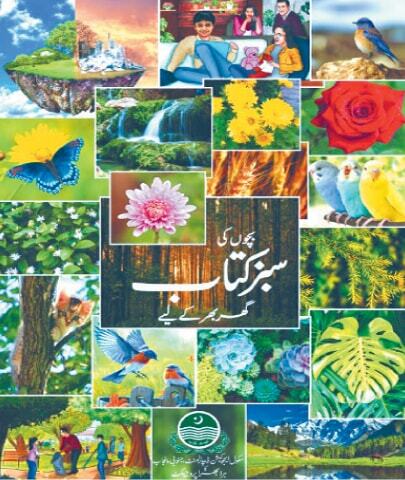 MUZAFFARGARH: The first draft of the ‘children’s green book’ has been published, which will be used to teach about climate change in public schools in southern Punjab.

The book is packed with colorful images, graphics and illustrations and revolves around the story of a young boy and girl who are intent on leading by example and playing their part in raising awareness of the climate change in society. The School Education Department of South Punjab published the book with the help of experts from Islamia University, Bahawalpur and MNS University of Agriculture, Multan.

Speaking to this correspondent, Dr Ehtasham Anwar, SED Secretary of South Punjab, said that Pakistan was the fifth most affected country by the phenomenon of climate change, as evidenced by the heat wave which had currently engulfed all the country, and therefore justified extraordinary measures.

He added that the best strategy to face the perils of climate change could be to prepare a generation fully aware of the value of a clean and green environment and the problems associated with it.

“The launch of the ‘Green Book for Children’ was therefore a step in the right direction,” he said, citing a UNESCO report, ‘Making Every School Climate Ready, and said that no country world currently teaches climate change as a separate subject for its children in public schools.

He said Pakistan would thus have the honor of being the first country to take the much-needed initiative. This correspondent has also learned that UNESCO is collaborating with the SED of South Punjab for the publication, dissemination and teaching of the Green Book in the districts of South Punjab.

The department has also launched the website www.thechildrengreenbook.net, and a digital version of the book has been placed there for the general public to review the content and give feedback, if any, for further improvements.