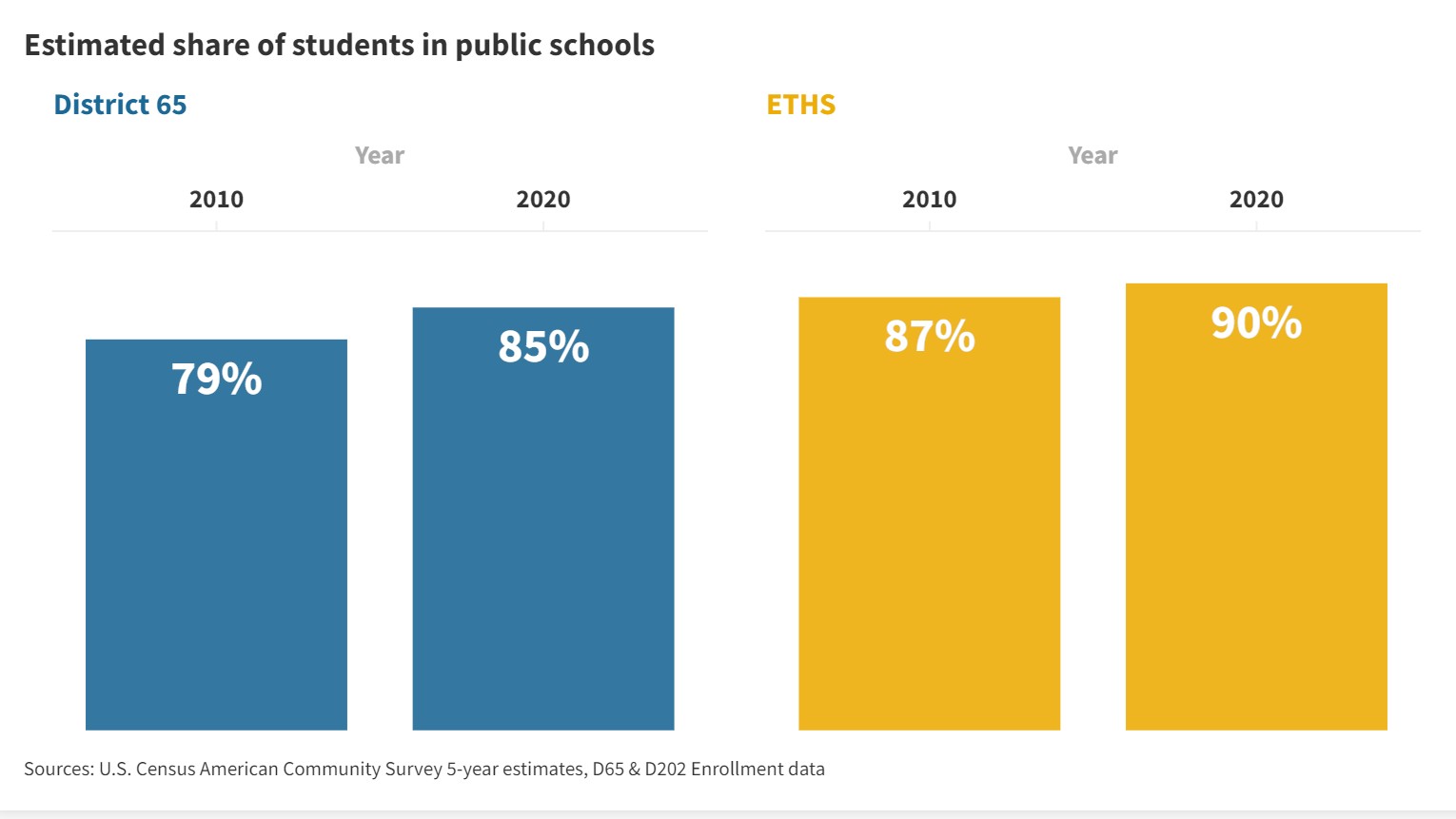 Despite the pandemic and other challenges, it appears Evanston Public Schools is continuing to enroll roughly the same proportion of students it attracted a decade ago.

An Evanston Now analysis of school enrollment and U.S. Census data indicates that Evanston/Skokie School District 65 and Evanston Township High School enrolled a slightly higher percentage of the school-age population in 2020 than in 2010.

To perform the analysis, we looked at opening school enrollment data, K-8 for District 65 and all grades for ETHS for the two years a decade apart.

We then compared this to estimated 5-year US Community Census population data for the appropriate age groups within school district boundaries.

The ACS counts young people in five-year age cohorts, so we had to adjust the census counts to match the elementary and secondary school age cutoffs and to avoid that the population base of secondary schools are swollen by the influx of 18 and 19 year olds. alumni in the area to attend Northwestern University.

We then adjusted the ACS counts to match the total population of the districts recorded by the 2010 and 2020 decennial censuses. (The 2010 ACS population estimates were only one fraction of a percentage point from the 2010 census, but the 2020 ACS count was nearly 6% lower than the 2020 census count.)

Given the limitations of the available data, caution should be exercised before drawing conclusions about small changes in percentages.

But despite projected future declines in absolute enrollment numbers with declining birth rates in the region, it appears that roughly the same percentage of parents in both districts are choosing to send their children to public schools like ten years ago.