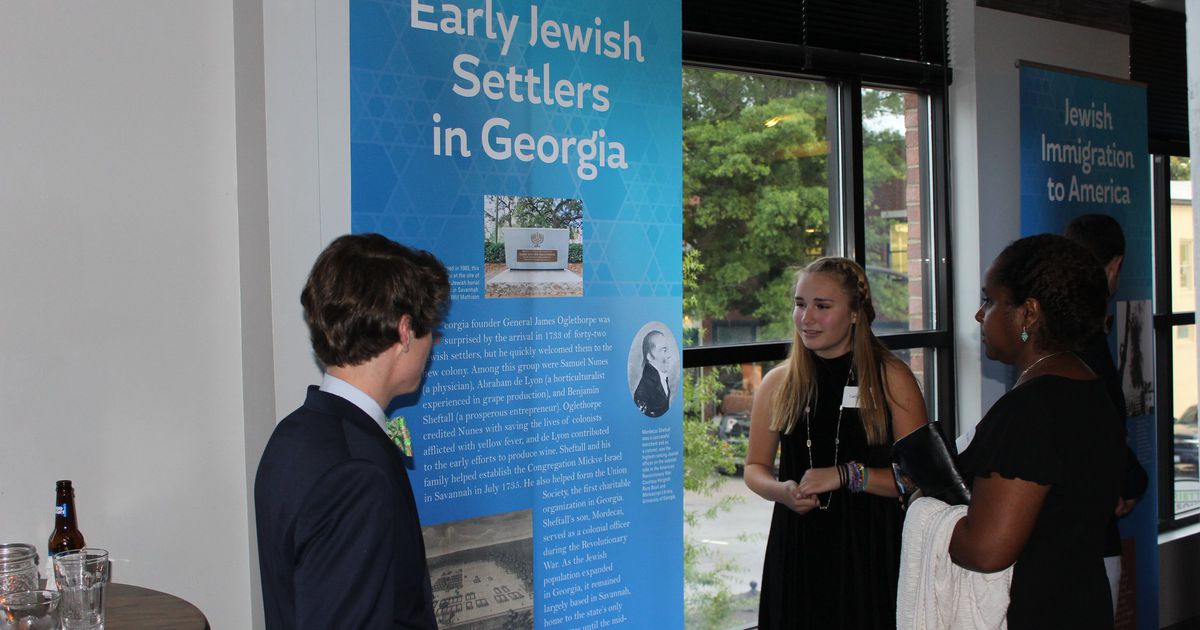 Students are also attracted to small class sizes, Holman said. “The academy gives them a more individualized education in a small group environment. They get to know each other really well too, and it’s a nice social structure for high school.

By the end of their high school career, academy students will have taken up to nine advanced-level courses for which they can earn college credit. They will also have had the opportunity to be part of large-scale projects that go beyond their textbooks.

“Each year, students at the academy take part in a program,” said Holman, who also teaches ninth- and tenth-grade literature. “For example, the second year students do a museum project. Last year they looked at the Jewish experience in Georgia and they worked with teachers from Kennesaw State to put together an exhibit that we showed in Marietta Square and other schools. This year they are working on an oral history program on the immigrant experience which they will present in May.

Juniors and seniors also work on major research projects modeled on a master’s thesis. Additionally, on April 11, all students will be part of a program that welcomes Atlanta-based consuls general who come to Pope to speak about their country.

“Students research these countries and come up with thought-provoking questions,” Holman said. “It’s just an opportunity to learn and have a thoughtful discussion. This is our third year doing this, and we hope to have an interesting conversation.

Meeting the local Consuls General was a highlight of the program for junior Will Mathison, who joined the academy when he entered Pope as a freshman.

“I didn’t want to go to a magnet school because I liked the Pope community,” he said. “When I heard about this opportunity to pursue my social studies, I thought it sounded really interesting. It turns out that I made some really good friends and got a lot of great opportunities, like being part of the First Consuls General’s party. Having the chance to learn from them was so interesting.

Although the academy is only open to students attending Pope, Holman hopes she will eventually go to other schools. “We really hope he becomes a pilot.”

Free and open to the public