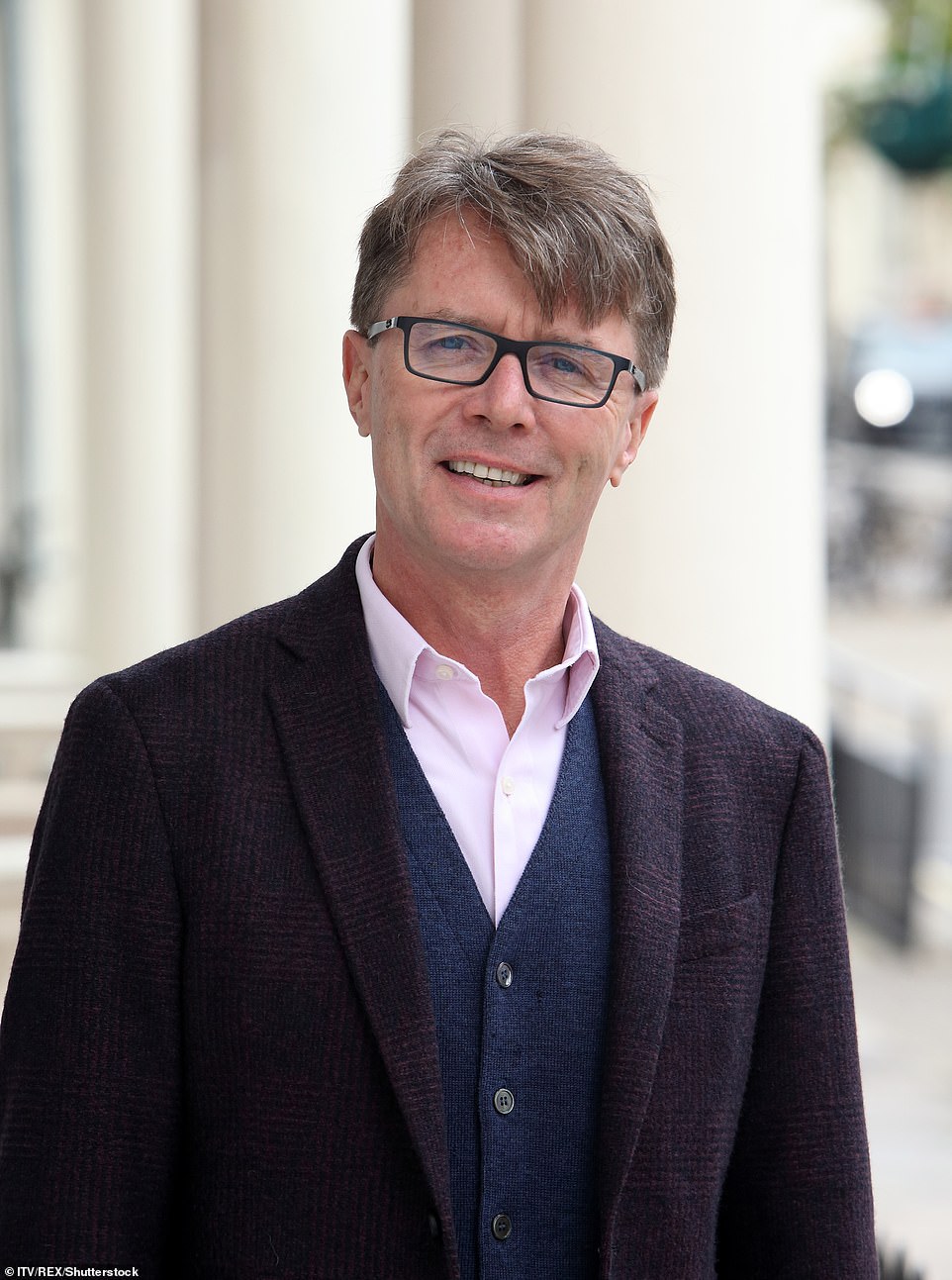 BBC presenter Nicky Campbell today spoke for the first time about witnessing and experiencing sexual and violent physical abuse as a young schoolboy at a Scottish private school in the 1970s.

The broadcaster, 61, described how, at age 12, his history teacher ‘brought me – and others – to his knees in joyous moments when, behind the laughter of the class, he tickled, his fingers wandering on my genitals.

The teacher, whom he named Hamish Dawson, is now dead, he said.

The BBC 5 Live Breakfast host also described seeing his friends being severely sexually abused. In 1971, aged 10, he said he saw a teacher pick on a young student in the showers – something he was “notorious” for among students.

“My friend is laughing but I know from fear that it’s not a good laugh,” Campbell said.

“The teacher has both hands on my friend’s penis and masturbates it. When we walk to the bus stop, we don’t even talk about it and we never will.

The teacher in question has more than 20 child abuse allegations to his name as part of the ongoing Scottish child abuse inquiry, Campbell, 61, wrote in the Mirror.

The broadcaster said he told his story in a bid to bring the man, called ‘Edgar’, to justice. Now married and living abroad, he is proving difficult to extradite, Campbell said.

The man allegedly assaulted dozens of young boys at several schools in Edinburgh and South Africa. His true identity has not been revealed for legal reasons.

“We just accepted it because if he does, it can’t be that bad, can it? And at least he wasn’t doing it during one of his violent tantrums,’ Campbell wrote.

Campbell – whose voice regularly cracked as he recounted his experiences on his podcast, Different – said the abuse at Edinburgh Academy “had a profound effect on my life”.

Nicky Campbell spoke today for the first time about witnessing and experiencing sexual and violent physical abuse as a young schoolboy at a Scottish private school in the 1970s.

The broadcaster, 61, described how, at age 12, his history teacher ‘brought me – and others – to his knees in joyous moments when, behind the laughter of the class, he tickled, his fingers wandering on my genitals. Pictured: 10-year-old Campbell

Campbell, who was born in the Scottish capital and attended Edinburgh Academy before continuing his studies at the University of Aberdeen, also shared his memories of being physically beaten by teachers.

“I was badly beaten at school by a teacher who was a figurehead in the scripture syndicate,” he told BBC 5 Live.

“My mum went as far as she could and got a creeping apology from (the man involved) but she was basically stuck and she was suffocated by the school.

“Those were different times and that stuck with me all my life.”

Campbell, recounting the alleged abuse he witnessed in a locker room shower, said: ‘I can’t describe it here and I can never ignore it.

“This man was known to all of us as a predator and a sadist, but we never told anyone.

“My school friends and I are now talking about it among ourselves – contempt, disbelief and misunderstanding, this kind of thing happened in plain sight and nothing was done.

“And why didn’t we little boys tell anyone in power what was going on? I do not know.’

Campbell, who worked with journalist and child sex abuse victim Alex Renton to tell her story, said the alleged abuser is still alive but has not been named for legal reasons.

Speaking on his podcast, Campbell said the reason he chose to come forward was to bring the man to justice.

In a statement provided to the BBC, the Edinburgh Academy said it “deeply regrets” the alleged incidents and “wholeheartedly” apologized to those involved.

“We have worked closely with the relevant authorities, including Police Scotland, in their investigations and wish to provide reassurance that things have changed dramatically since the 1970s,” the statement read.

“The Academy has strong measures in place to protect children at school with child protection training now at the heart of the Academy’s ethos.”

Nicky was around five years old as a young schoolboy in Edinburgh in 1966. He said the abuse he witnessed had a “profound” effect on his life.

It comes as a South African who taught in schools in southern England between the 1970s and 1990s has been charged with several incidents of sexual assault.

David Price – who did not work at Edinburgh Academy – allegedly sexually abused ten boys between 1970 and 1990, with 33 charges linked to Ashdown House school in East Sussex when Prime Minister Boris Johnson was a pupil there .

UK authorities requested that he be returned to the UK to face justice in November 2018.

But lawyers for the former teacher say Brexit means there is no extradition deal between the two countries.

Price taught history, geography and sport at Ashdown from 1970 to the 1980s.

It happened when a South African who taught in schools in the south of England between the 1970s and 1990s was accused of several incidents of sexually assaulting pupils. David Price – who did not work at the Edinburgh Academy – allegedly sexually abused ten boys between 1970 and 1990

Mr Johnson was a pupil there from 1975 to 1977. There is no indication that he is among the alleged victims. Her sister Rachel was the school’s first girl boarder in 1976. She said, “At that time the three Cs – cane, cricket and the classics – were fetishically followed.”

He then moved to South Africa where he taught at a school for the deaf for a decade until his retirement. During this time, one of his pupils nominated him for the Woolworths Teacher of the Year, a national award which he won.

After a year in retirement, he grew bored and found a private tutoring job until his arrest in November 2019 following a request from the UK government.

Different with Nicky Campbell is available on BBC Sounds.

The Prime Minister during his school days at Ashdown House

MPP: Pope offers ‘words of well-being from a colonial institution’