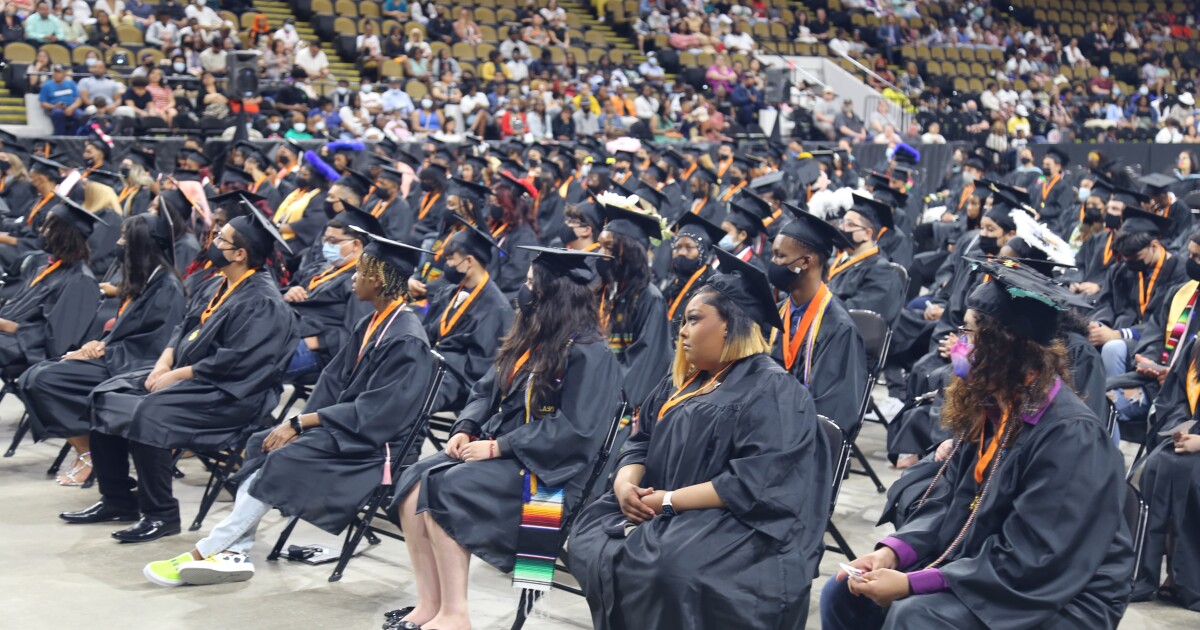 MILWAUKEE — Tuesday was the start of the next chapter for Milwaukee Public Schools (MPS) seniors as they walked across the stage to receive their diplomas.

Nearly 3,500 MPS seniors from 24 MPS schools will cross the stage at UWM Panther Arena and the Barack Obama School of Career and Technical Education.

One by one, the students of Riverside University High School entered Panther Arena for the last time as seniors. Each with their own stories of how they got to graduation day.

“There were many times when I was exhausted, mentally drained and stressed, but I really wanted this for myself,” Orion King said.

King is filled with excitement, but hasn’t forgotten the tough times he’s had.

“When I first heard that the high school had closed and we had to go virtual, I didn’t know how to react,” King said.

He said he had to work even harder during the pandemic and he’s safe to say it paid off as he won the valedictorian title.

Tuesday was a day of many firsts and excitement for many, including FNU Tahira.

“I feel like I’m holding back a lot of emotions because it’s a big day,” smiles Tahira.

Tahira not only won the salutatorian title, but did so after moving to Milwaukee from Pakistan in June 2018.

WATCH: FNU Tahira moved to Milwaukee from Pakistan in 2018. She graduated from MPS on Tuesday.

“The first year was difficult for me, because I didn’t speak English very well,” she said.

“After graduation, I plan to attend Marquette University and work toward a bachelor’s degree in biomedical science,” Tahira said.

“I plan to go to UW-Madison and major in computer science,” King added.

MPS graduation ceremonies began on Tuesday and will continue until Friday, June 3.

Ceremonies will begin each day at 9 a.m. The full schedule is available here.

Report a typo or error // Submit a news tip

How Chef Nobuyuki Matsuhisa Turned Nobu into a Culinary Institution