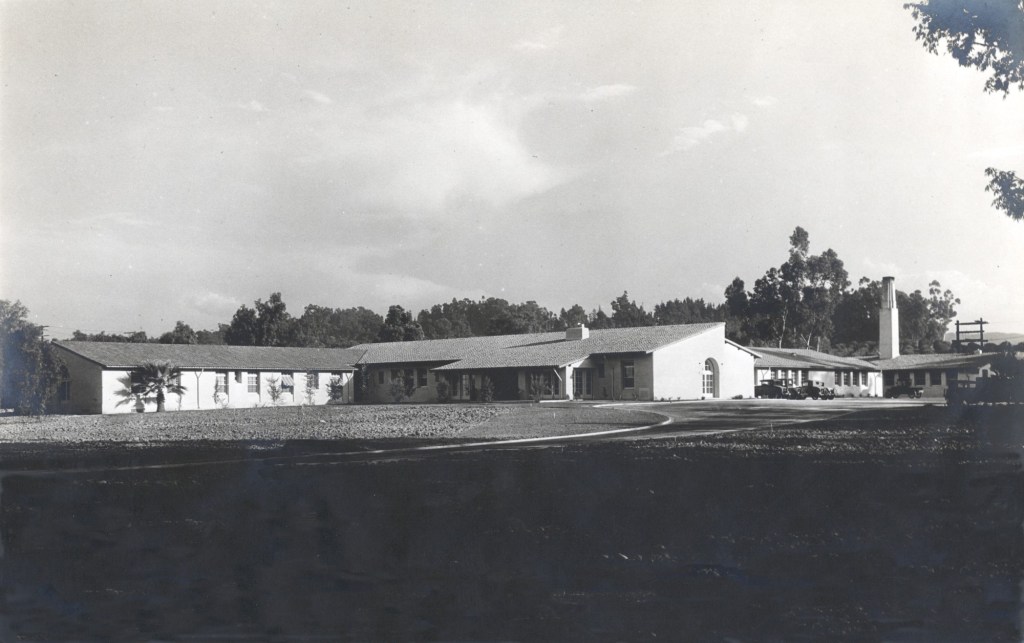 A great sanitarium is soon to adorn Redlands Heights, if the plans of the local doctors and capitalists come to fruition, and if the enterprise has progressed thus far, it would seem that “success is assured”, to quote one of the men who are interested in it.

A magnificent million-dollar project, carrying departments devoted to surgical, mental, general and tuberculosis treatment with the possibility offered to all surgeons and doctors to take their patients there, is the plan. Here in Redlands Heights, where beautiful surroundings and bracing air add to the odds of restored health like nowhere else in the world, will rise one of the greatest medical and surgical institutions in the world, bringing not only health to the suffering people, but prosperity and growth to this section.

The ideas of those behind the proposed institution are ambitious, but quite practical. They secured the former Thorpe property on Sunset Drive, the site known as Crescent Heights, on the old road to Yucaipa Valley and almost directly across from Heron Square. It is a dominant site, outside the city limits.

The current Redlands Heights Sanitarium will be retained as part of the project, and developers hope to take over Redlands Hospital, the downtown institution, if such an arrangement can be worked out.

The men interested in the project are Dr. EW Burke of that city, Dr. WP Burke, Dr. JL Avey and Dr. Evan S. White of Los Angeles, with prominent citizens of Redlands including, among others, Dr. MJ Sweeney, HR Yerxa and HA Cherrier. The whole organization, however, is not yet complete and although others are interested, it is not possible at this time to give their names.

The plan is to organize in trust, having half a million dollars of securities at the start. Of this branch of work, Dr. White will be in charge. The gentlemen mentioned are confident that the proposed institution will mean a great deal to Redlands, which will make it the premier health center of all of California, indeed, of all of the western part of the United States. The buildings will be of a character suited to the high quality of the hospital, and specially provided for the planned sanitary works.

Dr White, who is in charge of the planning work, said this morning:

“Our object is to enlarge Redlands Heights Sanitarium, and if deemed advisable and arrangements are made with the present owners, to amalgamate Redlands Hospital, acquire one hundred acres of land on Crescent Heights, raise capital and build a modern hospital – a clinic building and two sanatoria. The hospital will be mainly for surgical cases. One sanatorium will be used for nervous and mental illnesses, and another for throat ailments and lungs. These sanitariums will probably be located on Crescent Heights four miles from Redlands; the last named will be a semi-charitable institution having endowed beds from lodges, churches, clubs and the like. …

“It will also be our policy to bring qualified specialists from other cities when the opportunity arises, to bring together talents and skills, forming a group and a clinic under one leader, thus bringing together qualified men to manage all branches of medicine and surgery and to create an institution commensurate with the growing needs of Southern California….

“The town of Redlands is ideal for a health resort, having all modern conveniences, clean, well-paved streets, beautiful homes, free from smoke and factory noise; nothing unsightly, everything pleasing to the eye; far enough from the ocean to be virtually sheltered from fogs and cold ocean winds; yet near enough to have the heat of summer cooled by its breezes and the chill of winter equalized by the same. …

“With the cooperation of the citizens of Redlands, we hope to get off to a good start before next winter. With our clinic, our skills, our buildings, our climate, appropriate publicity, we should indeed make it the Mecca of thousands of people in search of rest, recovery and health.

Editor’s note: The million dollar medical institution proposed for Redlands Heights was never built, but a few years after those plans were made public in the Redlands Daily Facts, Redlands Community Hospital, which has was founded in 1903 and had been housed in a building on Nordina Street since 1904, moved to a newly constructed hospital on Terracina Boulevard in 1929.

The Redlands Heights Sanitarium, which was to be part of the planned institution in 1922, lasted only a few years after the Redlands Community Hospital moved to Terracina Boulevard. This sanitarium stood on Center Street just south of Crescent Avenue from 1917 to 1932.

Redlands Community Hospital still stands on Terracina and has expanded over the years, with a five-story round tower built in 1965 and numerous expansions and additions in the decades since.

The wide lawn in front of Dr CA Sanborn’s house on Clifton Avenue provided the pleasant setting for a gathering of city doctors and nurses on Saturday afternoon from 4 to 6 p.m. The meeting marked the end of the year for the Redlands Hospital Training School, of which there is only one graduate in June, Mrs. Flora W. Collins.

Dr. Sanborn, President of the Redlands Hospital Association, presided, introducing the chairs of various departments who gave interesting reports. He first turned to KH Field which gave an interesting insight into hospital work in the Hawaiian Islands, from which he has only recently returned. In closing, he praised the nurses for their magnificent service to humanity and congratulated Mrs. Collins on completing her three-year training.

Mrs. Jennie E. Davis, President of the Hospital Aid Society, presented a report for the year which aroused much interest. Among the physicians who have contributed their services are Drs. Eytinge, Dole, MW Hill, HG Hill, Sanborn, Power and Mock. Over 12 patients were treated, several operations and cases of pneumonia, with expenses amounting to approximately $500 being covered by the Society. Ms. Davis honored the Community Shop for its splendid contributions to the Society. Since its organization, the Community Shop has paid the Society $826.74, in the last year $342.31.

Miss Everton, superintendent of the training school, made a brief report. Since its creation in 1906, there have been 32 graduates. Since Redlands Hospital was chartered, 3,119 patients have been treated with 2,112 operations. There were 691 births.

Dr Sanborn gave an interesting insight into the organization of the nurse training department and also the early days of the profession in Redlands when there was no telephone service and the only way to call a doctor was to ride for him.

He then introduced Dr TM Blythe who repeated Florence Nightingale’s pledge to which Ms Collins responded. He also presented her with the nurse’s diploma and pin.

An informal hour followed when Ms Collins received congratulations, and a supper of sandwiches, tea, ice cream, cakes and sweets was served by Ms Sanborn. Doctors’ wives were invited.