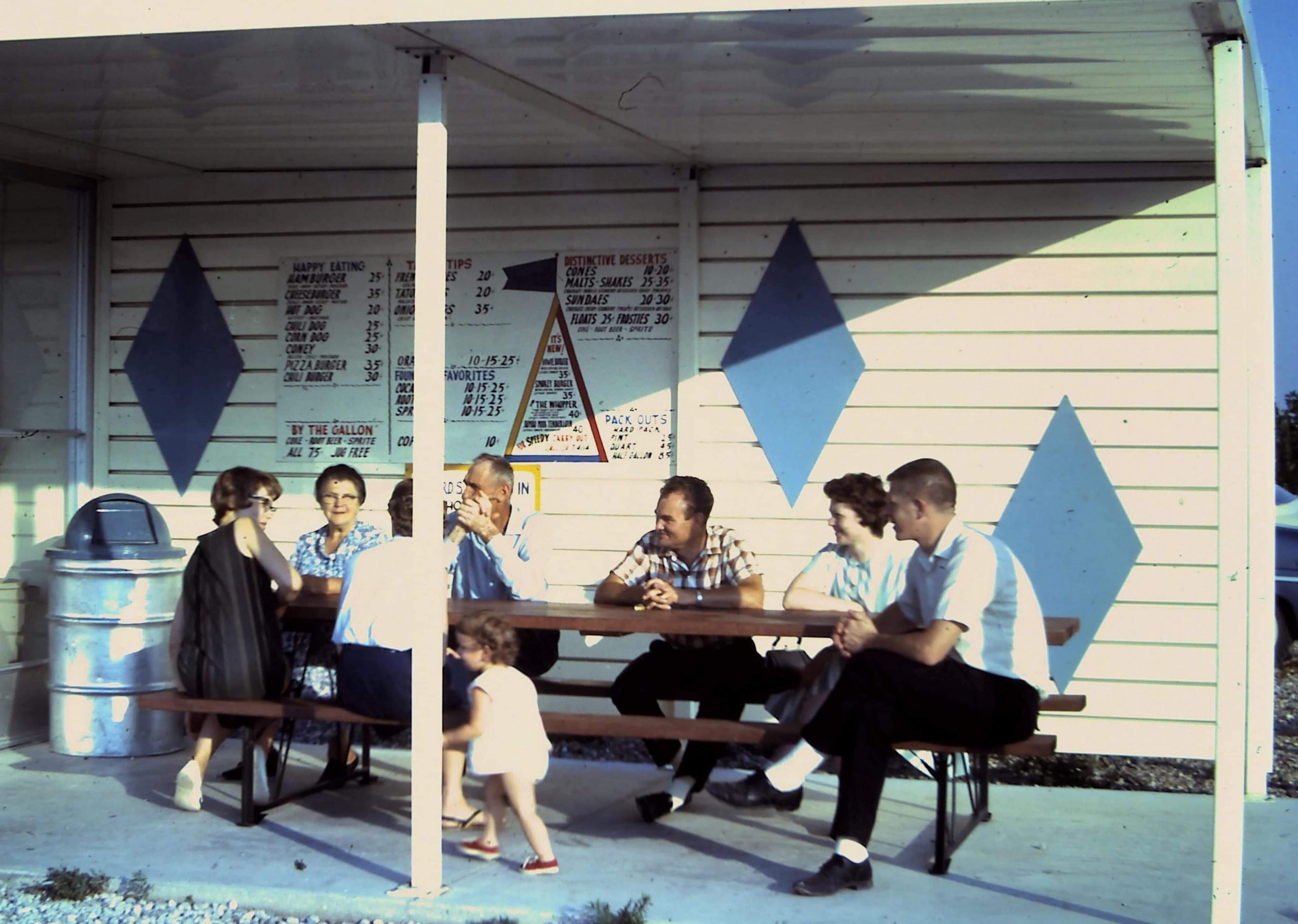 Howard’s Drive In was a Hesston institution » Harvey County Now

During this pandemic, we strive to take care of our community. If you have the means to support us through a subscription or a gift subscription for someone else, we appreciate your support.

HESSTON—Longtime residents can’t help but be nostalgic as they think back to a former institution, Howard’s Drive In, which stood at the intersection of the old US Highway 81 and Ridge Road in Hesston.

“Oh, it makes me lonely,” Nancy Krehbiel said. “I love Howie burgers. We always pass by the intersection and always hope she’s there.

Jim Troyer said he and his colleagues at Hesston Body rely on Howard’s Drive-In whenever they encounter a problem while designing a vehicle. They put down the tools and went to have a cup of coffee.

“I guarantee you the solution was waiting for us when we got back to the store,” he said. “It worked every time. It was a great place to hang out. Howie used to put up with a lot. All the characters ended up at Howie’s.

Howard Wohlgemuth bought the company from Bob Razook in 1966 and changed the name. He was working at the Hesston Post Office at the time. His wife, Carolyn, said he kept much of the same menu, but added a dozen burgers, like the Howie burger, which was a burger topped with homemade Howie sauce made with mayonnaise, relish and ketchup. The menu also included hot dogs, sandwiches, salads and homemade soups. Thursday nights had Mexican food with chalupas and chiles relleno. Other specialties include House Onion Rings, Curly Fries and Long Branch.

Carolyn recalls her eldest of four children, Duane, growing up in the back of the restaurant in an area cordoned off by a child safety gate. She said their four children started working as soon as they could see the counter, if not sooner.

“The community helped raise them because we had the restaurant,” she said.

Carolyn said most of the employees were either Hesston College or high school students.

“I remember my first job was wiping tables and vacuuming the floor,” Darin Wohlgemuth said. He would find his quarters under the legs of the tables. He said it took him a while to learn that his father had planted the quarters under the tables to make sure he would move them.

Duane said his father worked at the post office in the mornings and Bob Prouty opened the restaurant in the mornings for a group of regulars, who would come for coffee, rolls and toast. They would make their own change.

Duane remembers working lunch with his father when more than 100 Excel Industries employees walked to the simple A-shaped building. When Howard bought the restaurant, there was no seating inside. inside. Customers were ordering at the window and waiting for their food. A dining room was added in 1971.

“Everything was just homemade and right there,” John McGee said. “They weren’t precooked either. If you wanted a burger you had to wait for it to be cooked or served raw.

Carolyn said Howard sold the restaurant to Razook in 1979 because their children were involved in all kinds of school activities, and she and her late husband didn’t want to miss that. Razook renamed the restaurant The Hitching Post.

Howard bought the restaurant back in 1985. Duane said he thought his father missed being with customers. He said his father was outgoing and all four children learned from their father how to interact with the public. Howard was also the voice of the Swathers for home basketball and football games.

Duane said many regulars have become good friends with his family. When residents moved into town, Howard would familiarize himself with the newcomers to put them at ease. Darin said his father recognizes voices when customers call and knows what they want.

Delvin Wohlgemuth said he made connections working at the restaurant that lasted a lifetime. He said his dad was an outgoing person who would welcome any newcomer to town.

“It’s a family business, just like a farm,” he says. “They had employees, but when they needed help, let’s go.”

Howard’s Drive In holds a special place in Hesston’s history, as it was the only restaurant still in operation after the March 13, 1990 tornado that wiped out much of the town. Duane said the town manager called and told the family to open the restaurant. He and his mother went to the Hesston Food Market with a flashlight to buy breakfast items for the utility and tree crews.

Carolyn said the restaurant added a hot food bar after the tornado. The Wohlgemuths continued to operate the restaurant until 1998. The location eventually became RJ’s Deli, which was destroyed by fire.

Delvin, Duane and Darin still crave a pizza burger once in a while, and they’ve recreated it at home by steaming the burger for the perfect cheese.

Akshay Anand, Chief Executive of Pratibha Pallavan Public School, shares his perspective on how they are delivering education despite the pandemic