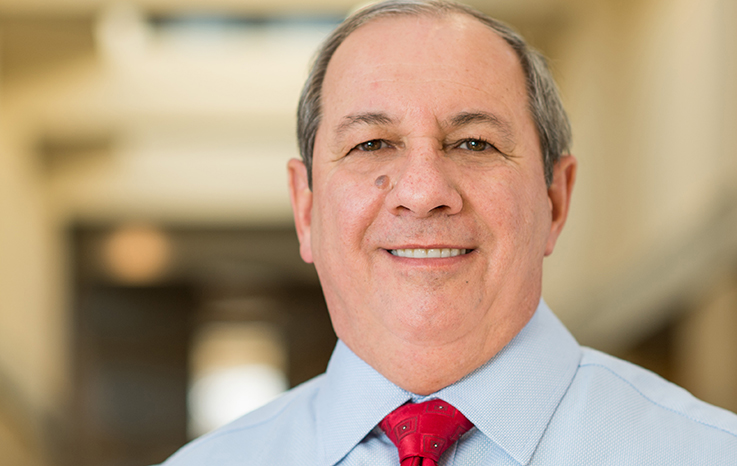 George A. Lopez is the Reverend Theodore M. Hesburgh, CSC, Professor Emeritus of Peace Studies at the Kroc Institute for International Peace Studies, where he was a founding faculty member. He is a leading expert on economic sanctions, peacebuilding and various peace related issues. During the 36 years of affiliation with the Kroc Institute, Lopez has engaged in a diverse set of political and public roles. He held the position of Acting Executive Director of the Atomic Scientists Bulletin in 1997 and chaired its board of directors (1998-2003) presiding over the change of hands of the End of the world clock in 2002. As a Senior Research Associate at the Carnegie Council on Ethics and International Affairs in New York in 2001-02, he participated in the Council’s post-9/11 public programming across the United States.

He held a Jennings Randolph Senior Fellowship at USIP from 2009 to 2010 and was a member of the United Nations Panel of Experts for the Monitoring and Implementation of UN Sanctions Against North Korea from 2010 to 2011. From 2013 to 2015, he was Vice President of the Academy for International Conflict Management and Peacebuilding at the American Institute of Peace (USIP) in Washington, DC. In the fall of 2019, he was named one of the first non-residential fellows of the Quincy Institute for Responsible Statecraft.

Since 1992, Lopez has advised the United Nations, various international agencies and governments on matters of economic sanctions, ranging from assessing their humanitarian impact to designing targeted financial sanctions. He has written over 40 articles and book chapters and has written or edited six books (often with a faculty member from the Kroc Institute David Cortright) on penalties. Lopez and Cortright’s research detailing the unlikely presence of weapons of mass destruction in Iraq was published prior to the 2003 Iraq War as “Disarm Iraq“ in Arms control today and after the war like “Containing Iraq: Sanctions Worked” in Foreign Affairs. He is a frequent media commentator on sanctions issues, often writing for The hill and Responsible government spirit.