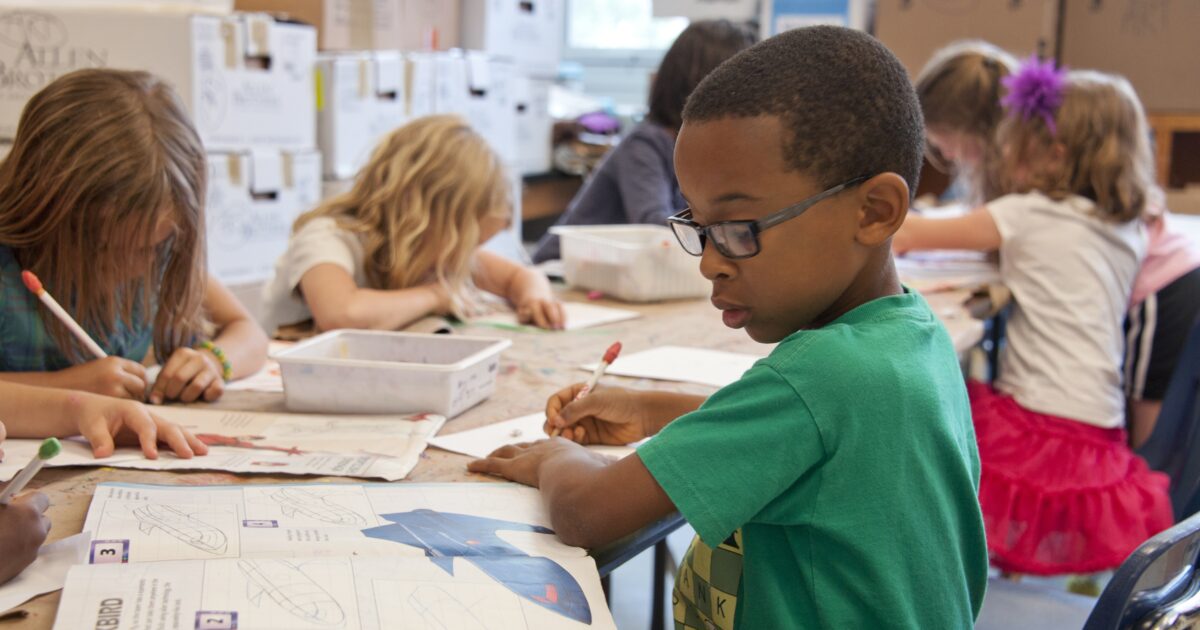 Do you ever feel that fixing the malfunctioning public education system in our country is like trying to turn a century-old coal-fired power plant into a modern, clean facility? Moving forward sometimes starts with a bulldozer– and the realization that sometimes you have to start from scratch.

I wrote about education reform since the start of my career as a journalist and nothing really changes. Policymakers grapple with the same critical concerns today – students ill-prepared for a modern workforce, low graduation rates, a simplified curriculum, and persistent inequalities – that they encountered 30 years ago.

Education officials celebrate the wandering bright spot. We hear about college acceptance rate hikes. However, bad news often follows, such as the growing need for college students. remedial course. Educators continue to lament a lack of funding, even as spending levels skyrocket.

More than 40 percent of the general state fund budget goes to Education K-14, and an electoral cycle does not pass without a multitude of school obligations. Yet if we are honest with ourselves, we realize that nothing gets better. School districts are using the new funds to build luxury facilities, give raises to their unionized workers, and hire legions of new administrators.

It is still almost impossible to fire an incompetent teacher or to reward those who do well. Even notable reforms, such as California’s charter school system, are just nibbling at the edges. And it was only a matter of time before special interest groups helped elect a governor who canceled this alternative system whose relative success has proved embarrassing for the status quo.

A recent story caught my attention. “California school districts, which are already struggling to find enough teachers for classrooms, face a shortage of substitutes so severe that officials in smaller districts fear temporary school closures,” reported EdSource. Add that to the list of other parodies, like neighborhoods that have never been able to master the basics of distance education and unions that have fought reopening.

There are few things as important as the education of our children, yet as a society we do not act that way. We certainly do not impose strict requirements on additional spending. We complain if our latest high-tech gadget feature doesn’t perform as promised, but tolerate a public school system which was built at a time when there were no phones, automobiles or radios.

The editorial board of the Southern California News Group, of which I am a member, recently met with representatives from Orange County. CEO which admirably try to boost career opportunities for the majority of non-college students. This problem is acute. I’ve seen it in my life: young people who graduate from high school but don’t have marketable skills, then spend their years in low-paying, unsatisfying work.

It reminds me of Bob Dylan’s chorus Underground homesick blues: “Twenty years of schooling and they put you on the day shift.” These days, they put you in a small cubicle, in a fast food restaurant, or sign you up for the ever-growing number of state welfare benefits, which in itself is a testament to our failing education system.

Perhaps the problem is more fundamental. Even parents of undereducated children on a daily basis would be appalled by what I propose, namely the separation of school and state. Instead, we blithely accept the status quo and keep our educational debates narrowly focused on money, training, legislation, and modest reforms. I have no illusions. The public school is powerful.

But sometimes it’s worth engaging in a thought experiment, even if it doesn’t have a chance to happen. What if we really let the Marlet job? Before you get angry, think of an analogy that I often use. Food is even more important than education. Imagine if we distributed races the same way we distribute learning.

You could only shop at grocery stores in your neighborhood. The people leading them may not be competent, but they were placed there with the support of the employees who work at the store. If you don’t like the selection or the atmosphere, you can move to an area with a better store or spend your time electing new managers.

It would be a crazy way to provide food for hungry people, but it is not crazier than the way we provide education to learning hungry students. In a market-based education system, we would have all kinds of offerings, ranging from the equivalent of Whole Foods to Winco. The poor couldn’t take anything worse than they do under our supposedly egalitarian system.

The state could provide subsidies to those who cannot afford it at a fraction of the cost of the current system, but at least we would have a system built around the key principle that ensures the provision of other quality goods and services: competition. Again, this is just a thought experiment. But it’s more defensible than letting the current obsolete model spew out for another three decades.

This column was first publication in the Orange County Register.