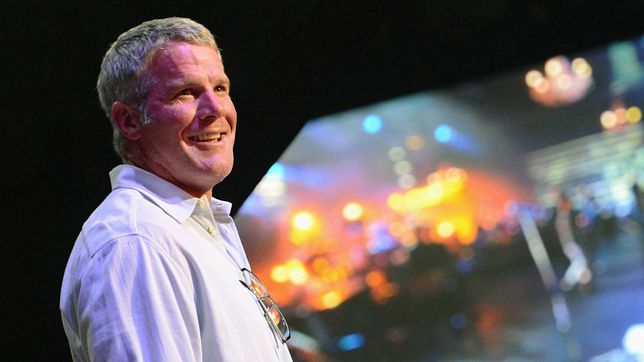 Did Brett Favre’s charity funnel funds to his old school, the University of Southern Mississippi?

With this most recent update, it looks like the walls are closing in on the former NFL icon, but honestly, the scrutiny and possible punishment might well be deserved.

According to reports, it appears the former Green Bay Packers QB and NFL great Brett Favre may be embroiled in a less-than-legal scenario in which his charity seems to have funneled money at the University of Southern Mississippi Athletic Foundation during the period of 2018-2020. In effect, tax records seem to show that Favre also attempted to raise funds for a new volleyball center at the institution he previously attended, and where his daughter also studied and was a member of the volleyball team at the time.

Brett Favre’s Favre 4 Hope Foundation donated $132,000 to the USM Athletic Foundation as Favre worked to fund a new volleyball arena at the school, per @KatieJStrang and @kalynkahler

Favre has been linked to a plot to squander $77 million in Mississippi social funds pic.twitter.com/eDxOVo5rYI

Favre’s charity, “Favre 4 Hope”, was established to support charities that provide support to underserved and disabled children in addition to breast cancer patients, according to its mission statement. Lately, concerns have been raised when tax records appeared to show the charity made large donations to the USM Athletic Foundation that exceeded $130,000. It is understood that the amount in question was significantly higher than payments made to other organisations.

The Breakdown: A look at “Favre 4 Hope” and its gifts

BREAKING: Millions of Americans are demanding that former Green Bay Packers quarterback Brett Favre be removed from the Football Hall of Fame for his theft of $5 million from the Mississippi welfare fund. RT IF YOU THINK BRETT FAVRE SHOULD BE BOOTED FROM FOOTBALL HALL OF FAME!

In case you missed it, the ‘Favre 4 Hope’ charity is at the heart of a much larger scandal involving the embezzlement of around $77 million, making it the world’s biggest public corruption case. of Mississippi history. As it stands, it is claimed that Favre texted to the director of a non-profit organization expressing concern that his name might be made public, according to reports.

‘Favre 4 Hope’ has failed in its obligation

There you have it, besides the obvious illegality of Favre’s actions and his charity, there is also the ethical obligation they failed to meet. That is to say, the money the former Packers star and his NGO received came with a mandate as to how it was supposed to be spent as far as the donors themselves were concerned. By now, we’ve seen former Mississippi Department of Human Services Executive Director John Davis plead guilty earlier this month to a count of conspiracy and a count of theft regarding programs receiving federal funds. Davis is understood to have cooperated with four unnamed co-conspirators, two of whom are executive directors of organizations.

But Favre, who earned $140 million in salary during his NFL Hall of Fame career, and tens of millions more as a spokesman for Wrangler and others, would have taken a lot money – about $8 million – and sent it to his foundation, Favre4Hope.https://t.co/jCEEtXrU4N

“MDHS provided federal funds to two nonprofits and then ordered the two nonprofits to fraudulently award contracts to various entities and individuals for social services that were never provided,” the United States Department of Justice said in a statement Sept. 22.

From Hall of Fame to Shame: Brett Favre’s record is tarnished

It’s hard to imagine that the same QB who endeared himself to us so long ago is now the central figure in what appears to be a case of massive fraud. Fans will remember that Favre played quarterback at Southern Miss from 1987 to 1990, before being selected as the 33rd overall pick by the Atlanta Falcons in the 1991 NFL Draft. Traded to the Packers from Green Bay the following offseason, Favre would become a household name between 1992 and 2007, as he won three consecutive MVP awards – 1995-97 – and Super Bowl XXXI. After his time in Green Bay, he joined the Jets in 2008 before moving to the Vikings for a two-season stay (2009 and 2010) before ending his illustrious career. The legendary signal caller was inducted into the Hall of Fame in 2016 and until now was widely considered a darling of the sport. How times change.