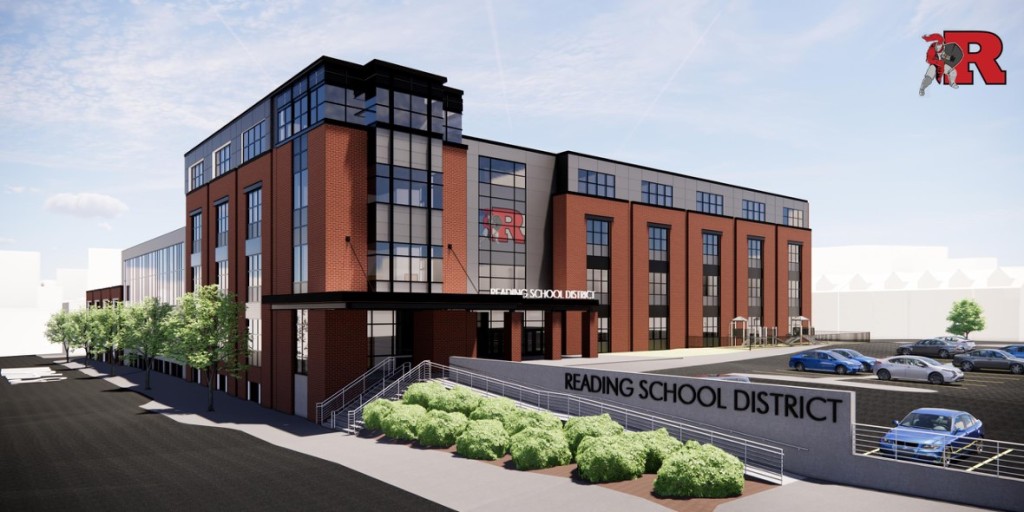 The Reading School District has unveiled plans for a new satellite high school focused on science, technology, engineering and math, or STEM, education.

Gonzalez-Crespo and project designers from D’Huy Engineering Inc., headquartered in Bethlehem, and Stackhouse Bensinger Inc., Spring Township, presented plans for the facility Wednesday at a school board meeting.

The school is to be built on the site of the now demolished Reading Outlet Centre, formerly the Nolde and Horst Knitting Mill, between Douglass and Windsor Streets and North Ninth and Moss Streets. It is intended to accommodate 700 to 1,000 students, Gonzalez-Crespo said.

Plans call for a 145,000 square foot building with four stories and a 72-space indoor parking garage as well as an 80-space surface lot that can be used by the general public outside of school hours, David Schrader said. , engineer at Stackhouse Bensinger. . Featured amenities include lab space throughout, large multipurpose and creative-use areas, and flexible furniture, he said.

Instead of a cafeteria, Schrader said, the building should have a common area that can also be used as an auditorium or a classroom.

Schrader said the building’s exterior was designed with the scale and context of the surrounding neighborhood of largely residential buildings and with a nod to the knitting factory once on the site. Architectural details derived from the mill and a prominent building at the northwest corner of Ninth and Douglass streets are to appear in stylized forms on the school’s facade, he said.

The district first revealed its plan for a new school on the Ninth and Windsor Street site in September 2021. At the time, Wayne Gehris, the school district’s chief financial officer, said the district was unsure of the type of school that would be built, but believed the area was a prime location for one.

“We had thrown around a lot of different ideas in preparation for this particular project,” Gonzalez-Crespo said Wednesday. “There were conversations on an elementary campus, from kindergarten through eighth grade, and then conversations about how we could potentially use this particular site to help alleviate some of the issues that are happening at Reading High School.”

Currently, about 3,500 students are enrolled in high school.

Gonzalez-Crespo said the goal is to help alleviate some of the overcrowding while providing innovative and highly engaging educational programs focused on STEM career paths.

This goal will set the planned building apart from the district’s existing Accelerated Academies, City Line at 1700 City Line St. and Thomas Ford at 901 Margaret St.

A third accelerated academy on the Glenside campus is temporarily closed, Gonzalez-Crespo said.

The model of career paths already exists in high school, she said, with study paths offered in the arts and music, business, public service and health services.

The STEM pathway was chosen for the new facility due to demonstrated student interest, Gonzalez-Crespo said.