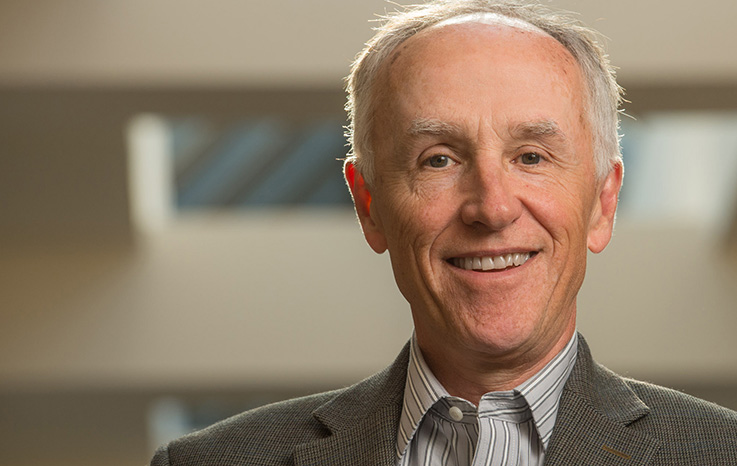 Areas of expertise: Non-violent social change; nuclear disarmament; the use of multilateral sanctions and incentives as tools for restoring international peace

David Cortright is the director of Global Policy Initiative, special advisor for political studies and professor emeritus of practice at the Keough School of Global Affairs at the University of Notre Dame. He is also chairman of the board of directors of the Fourth Freedom Forum.

Previously, Cortright was the director of political studies at the Kroc Institute for International Peace Studies and director of the institute Matrix of peace agreements project, the largest existing collection of data on the implementation of intrastate peace agreements. He is the author or co-editor of 19 books, including Civil society, peace and power (Rowman and Littlefield, 2016), and Drones and the future of armed conflict (University of Chicago, 2015). He is also editor-in-chief of Peace policy, an online journal published by the Kroc Institute. He blogs on davidcortright.net.

Other recent work by Cortright includes the second edition of Gandhi and beyond: non-violence for a new political era (Paradigm, 2009), Peace: a story of movements and ideas (Cambridge University Press, 2008), and Uniting Against Terrorism: Cooperative Non-Military Responses to the Global Terrorist Threat (MIT, 2007), co-edited with George A. Lopez. Over the past decade, Cortright and Lopez have written or co-edited a series of major books on multilateral sanctions, including Smart sanctions (Rowman and Littlefield, 2002), Sanctions and security research (Lynne Rienner, 2002) and The decade of sanctions (Rienner, 2000). Cortright is also editor of The price of peace: incentives and prevention of international conflicts (Rowman and Littlefield, 1997).

Cortright has written extensively on non-violent social change, nuclear disarmament, and the use of multilateral sanctions and incentives as tools for restoring international peace. He has provided research services to the Ministries of Foreign Affairs of Canada, Denmark, Germany, Japan, the Netherlands, Sweden and Switzerland, and has been a consultant or advisor to agencies of the United Nations, the Carnegie Commission for the Prevention of Deadly Conflict, the International Peace Academy and the John D. and Catherine T. MacArthur Foundation.

Cortright has a long history of public advocacy for disarmament and the prevention of war. As an active duty soldier during the Vietnam War, he spoke out against that conflict. In 1978, Cortright was appointed executive director of SANE, the Committee for Sound Nuclear Policy, which, under his leadership, grew from 4,000 to 150,000 members and became the largest disarmament organization in the United States. He was also actively involved in the nuclear freeze movement of the 1980s. In November 2002, he helped create Win Without War, a coalition of national organizations opposed to the invasion of Iraq and working for strategies to national security demilitarized.

Editorial: I did not expect to protest the Vietnam War while on active duty (New York Times)