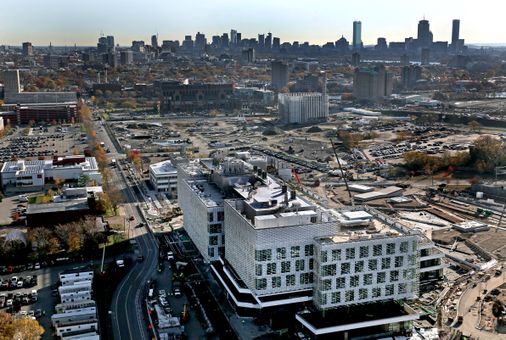 Could a new public school be part of Harvard’s Allston Mission?

Harvard can learn from Penn’s experience in Philadelphia

As former vice president for government, community, and public affairs at the University of Pennsylvania, I read with interest your March 10 op-ed advocating for a Harvard-assisted public school in Allston, which mentioned the public school attended by Penn Alexander University in Philadelphia (“As Harvard seeks to build in Allston, how about a university-affiliated public school?”).

Penn Alexander, a K-8 school, has been a great asset to the university and the community and represents one of five Penn initiatives in West Philadelphia. These initiatives were community-based, in that West Philadelphians helped identify them as key to improving their community. Importantly, and I would say essentially, they were also fully aligned with the interests of the university.

In the case of the university-assisted school, it was critical that Penn’s Graduate School of Education be engaged in the effort and that the school district, teachers’ union, and city and Commonwealth governments support school.

Get an opinion todayThe essentials of Globe Opinion, delivered to your home from Sunday to Friday.

The initiatives identified ways in which the university could align its business functions and practices with community interests. They included cleanliness and safety, which saw the creation of a University City neighborhood and a program to install street-level lights throughout the neighborhood. Another initiative aimed to increase the number of local residents involved in construction, particularly women and people of color in the building trades. Other initiatives have increased local retail options, particularly a grocery store, and addressed the availability of affordable and improved housing.

The underlying principles of these efforts recognized that challenges to communities required coordinated responses, identified by the community itself, with meaningful consultation and research by those studying urban issues (another benefit for the university ). Penn benefited from the leadership of its then president, Judith Rodin, and the full support of its trustees, who understood that a great university depended significantly on its relationships with its neighbors and on the civic and political leadership of the community.

Thanks for the editorial “As Harvard Seeks to Build in Allston, How About a University-Affiliated Public School?” This steers the conversation about community benefits in the right direction.

Time and time again, developers have used the community perks “carrot” to deflect community opposition. Sometimes the promise of community benefits comes dangerously close to co-opting community organizations and leaders. Allston-Brighton has not been immune to such practices.

Your suggestion of a Harvard-affiliated public school illustrates how community benefits should be approached: Benefits should be public, that is, they should benefit the entire community. This should not be confused with other more privatized so-called benefits, such as individual scholarships, grants to private schools, and small grants to certain local civic groups.