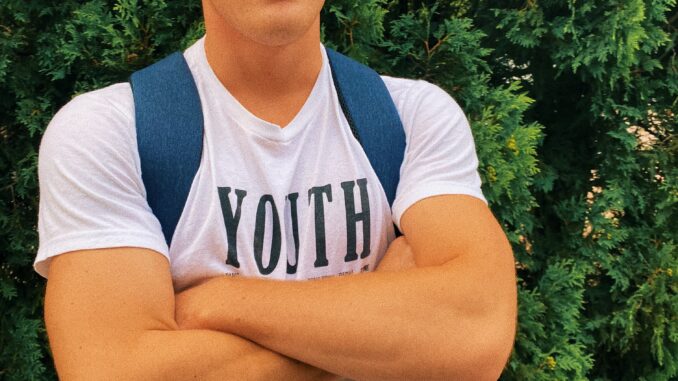 Connor Recck shares his experiences as LGBTQ+ in Trin

Everyone always tells you that college will be the best four years of your life. I’ve almost finished my four years at Trinity, and it’s interesting to say the least. Coming here for the fall 2019 semester, I knew college was an opportunity to reinvent myself. I looked forward to meeting the peers with whom I would spend the next four years; however, in the back of my mind, I couldn’t help but think that I would have a hard time fitting in here.

The summer before my senior year of high school, I officially came out as gay to my classmate. For some time, I had been slowly breaking the news to close friends. It was the first moment I really felt a weight lift off my shoulders. My last year of high school gave me the opportunity to feel good about myself, it was the first time that I felt really connected to my identity.

Coming to Trinity during my freshman year, I once again lost the comfort and stability of living in an environment where people knew the real me. I quickly realized that I had my work cut out. I was no longer surrounded by the people I had grown up with; rather, I was surrounded by strangers. I was now looking for my place on this campus.

During my four years on this campus, I have had the privilege of meeting so many different people. I came to Trinity as a member of the men’s swimming and diving team. I quickly became close to many members of the men’s and women’s teams during my Trinity experience. Due to the pandemic, I made the difficult decision to quit the swim team before my junior season. Many of the decisions I’ve made during my time here have been difficult, but I’ve been fortunate to have developed an invaluable network of friends who have stuck by my side.

It wasn’t always easy being a gay man on a sports team. My freshman year was filled with many ups and downs, but to the teammates who supported me through thick and thin, thank you. Some of the nicest people I’ve met in this institution have been in situations where I’m at my lowest; to this support network I’ve built here at Trinity: thank you.

My time in class allowed me to broaden my identity even more. At the start of my sophomore year, I declared my major in public policy and law. Shortly after, I declared a second major in economics. I came to Trinity thinking maybe I’d major in English – and don’t get me wrong, I’ve taken many English courses over my college career, but quickly realized that the English was not the choice for me. After being sent home and back for the fall 2020 semester, I decided to change course. I’m now thrilled to say that I’m on track to complete both majors by spring!

In light of all the situations I’ve found myself in on this campus, my journey with my identity has been difficult. I’m not going to water it down; Trinity is an extremely heteronormative institution. Any LGBTQ person can point this out to you, but I’ve learned to wear those differences like badges of honor. When you stop making comparisons, you can come to find peace with yourself. I came to Trinity constantly comparing myself to the stereotypes that exist on this campus; I’m leaving Trinity this spring hopefully challenging as many of these stereotypes as possible – and doing so with a smile on my face.