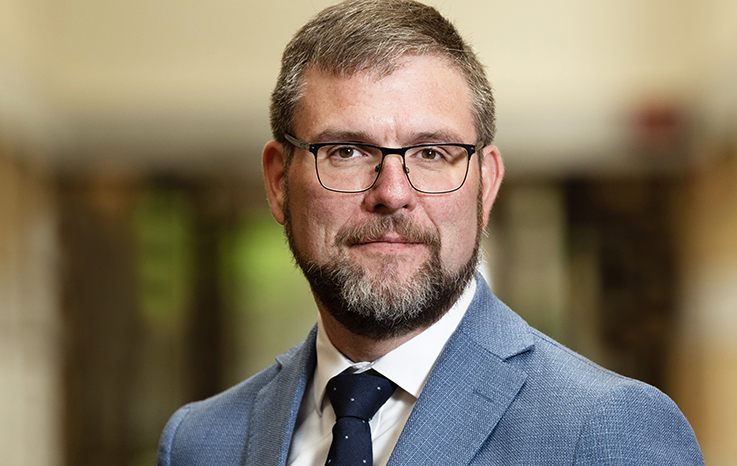 Colin Barr is Professor of Modern Irish History at the Keough School of Global Affairs at the University of Notre Dame. He is director of the Clingen Family Center for the Study of Modern Ireland, who is housed at Keough School Keough-Naughton Institute of Irish Studies.

Colin Barr was born in Canada and raised in the United States. He holds a BA from Stonehill College and a PhD from Cambridge University, and has held academic appointments in Ireland, the United States and the United Kingdom. Barr has been a visiting scholar at Sidney Sussex College, Cambridge and the University of Newcastle, Australia. He is a Fellow of the Royal Historical Society.

Barr’s work seeks to place the history of the island of Ireland and its people in the widest possible context, including that of the United Kingdom, the European continent, the Roman Catholic Church and the global Irish diaspora. He is the author or editor of several books, including The Irish Empire: The Roman Catholic Church in the English-Speaking World, 1829-1914 (Cambridge University Press, 2020), The European Culture Wars in Ireland: The Callan Schools Affair, 1868-1881 (University College Dublin Press, 2010), Paul Cullen, John Henry Newman and the Catholic University of Ireland, 1845-65 (University of Notre Dame Press, 2003), Nation/Nazione: Irish Nationalism and the Italian Risorgimento (co-edited with Michele Finelli and Anne O’Connor; University College Dublin Press, 2014), and Religion and Greater Ireland: Christianity and Irish Global Networks, 1750-1950 (co-edited with Hilary M. Carey; McGill-Queen’s University Press, 2015).

Barr’s next book, The Irish Pope: Paul Cullen, 1803-1878, will be published by Cambridge University Press in 2023. Future projects include ‘O’Connell’s Heirs’, a study of Irish Catholic democracy; and “Imperial Women: Nuns and the Making of Greater Ireland,” a world history of Irish nuns.

New principal for the public school board