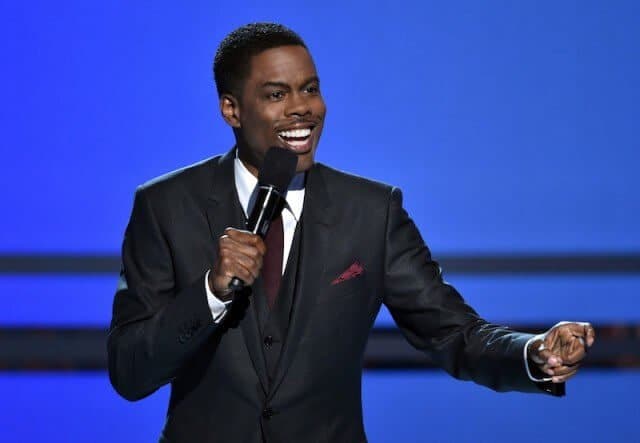 Celebrities who dropped out of high school

The profession of actor is a difficult profession, and a big advantage is to start young. This means that a lot of people have stopped studying to try and start a career. It’s a risky decision, of course, but it worked for many actors.

There have been many who never graduated from college. But here are 10 who didn’t graduate from high school either to further their careers or just because they really hated it.

The comedian has carved out a real career in cinema. But what led to this was dropping out and supporting parents. â€œI dropped out of high school and went to work on a TV show,â€ Rogen said, referring to Freaks and Geeks, according to CNN. â€œWe were writing a script throughout high school. I probably worked harder than most people who just did high school stuff, honestly. I did stand-up throughout high school. I honestly think if you have a career in mind that isn’t about studying, then high school probably isn’t going to get you to what you want to be.

The actor has appeared in many classics, including Back to the Future and Family Ties. But before all that, he was in Canada and dropped out in grade 11. However, not everyone was in favor of this decision and believed he needed an education to fall back on.

“You are making a big mistake, Fox,” a teacher told him, according to USA Today. “You won’t be cute forever.” However, the actor replied, â€œMaybe just long enough, sir. Maybe just long enough. So he moved to Los Angeles to start acting. He has since written books and won four Golden Globes.

The Scottish actor is best known for playing the young Obi-Wan Kenobi in the Star Wars prequels. While the movies might not be the proudest moment of his career, he certainly did have success. Most, however, wouldn’t know he dropped out because he was unhappy in school. His parents encouraged him, and he continued to take acting lessons instead. He had his great luck years later in Lipstick on Your Collar.

She became a household name thanks to the Twilight saga, so she definitely made some money from her acting career. Before that, she dropped out of school at the age of 13. The actress has nothing good to say about her experience. “I was happy to quit school,” the actress told The Daily Telegraph. â€œI was missing a lot of lessons and they were failing me. “

The actress started her career at age 9, which probably made her an underdog. â€œI couldn’t relate to kids my age,â€ she continued. â€œThey are mean and don’t give you a chance. Once you finish school you realize it’s just a scaled-down version of life, and I really felt like I should have been an adult since I was about five years old.

At the age of 17, the actor dropped out of high school in Jersey and moved to New York. He then played his first role, touring in Grease. As we all know, he went from live gigs to movies with Saturday Night Fever, Grease and more. He has already been nominated for two Oscars.

Here’s another beauty who struggled in high school! “I wore really cheesy glasses because I was as blind as possible and the boys didn’t like [me]Â», Revealed the blonde to PEOPLE. “I didn’t have a boyfriend, but a lot of crushes.” She was bullied for her clothes and glasses, which could be part of the reason she never finished. She became a model and managed to play the role of an actress.

The actor was very successful in acting and comedy despite the dropout. In fact, he never graduated from high school until he was 42. “I never got past ninth grade,” the actor explained in The Huffington Post. â€œMy situation was no different from that of millions of other teens today, who live in difficult working-class neighborhoods surrounded by drugs, violence and crime, and who struggle to stay on track without positive influences. “

But he never gave up on graduating even though he could have. â€œI was fortunate enough to find that I could attend high school online,â€ Wahlberg continued. â€œFor almost a year, I’ve been taking classes and studying whenever I can – on the set, on the trip for work and at home. It has been both humbling and empowering, but I am happy to report that I have officially graduated from high school, having graduated this summer.

The actress has been nominated twice for an Oscar for Zero Dark Thirty and The Help. Although she may have been very successful, she decided to drop out of school early. The redhead once went to El Camino Basic High School, but left for a surprising reason.

â€œNobody knows about me,â€ the actress told Entertainment Weekly. â€œI dropped out of high school. I was not a hard worker. I was a very bad student. However, she has a diploma. â€œEventually I got my adult diploma, but I didn’t get my diploma. It’s not that I just gave up and never went back – at the end of the year, I had too many absences to graduateâ€¦ I was quitting school and m was sitting in my car, reading Shakespeare. The actress went to Juilliard on a scholarship.

The comedian dropped out in grade 10, but his education didn’t end there. â€œAfter I left high school and got my GED,â€ Chris told Oprah. “I studied broadcast journalism for a year at a community college.” The interesting thing about it is that he later did a sitcom based on his own life called Everyone Hates Chris.

But of course, the show about her young self should either end or follow her life after her abandonment. In season three, Chris sits down with a counselor to talk about his failing eighth grade exams. The counselor advises Chris to get mental assessments and recommends a remedial course. “I’ve always found that most guidance counselors have one foot in and one foot out of school,” the comedian told TV Guide. “Yeah, if there’s a troubled kid, I’ll talk to him.” Otherwise, I’ll sit here and smoke.

The show was therefore fairly honest about the comedian’s experience in high school. The show ended after four seasons. In the finale, Chris passes the GED, so the fact that he took another path in his education is addressed.