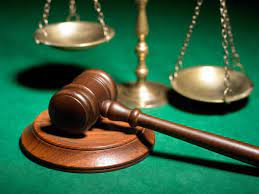 A former alternative school finance director was arrested by RI State Police on September 20 on suspicion of embezzling $3 million for his benefit.

State police received a report of financial irregularities from school employees in August. According to state police, an investigation revealed that $3 million of school funds were improperly transferred to a personal account.

Before leaving school in June, Nathan Kaufman, 35, was director of finance and operations for the Accelerated Urban Collaboration Program. He was arraigned in Providence District Court and charged with embezzling money and using a computer fraudulently. On a $15,000 bond, he was released.

Kaufman had access to all of the school’s financial records in his capacity. He transferred the money to the account, according to the investigation, for his personal use.

In 1989, the Accelerated Urban Collaboration Program began serving students from Providence, Central Falls, and Cranston who were at risk of dropping out.

The next court date for Kaufman is Jan. 4.